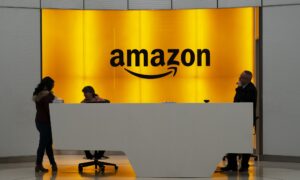 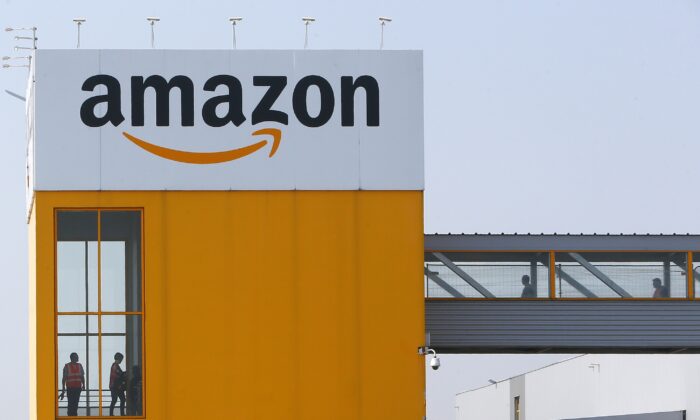 The author of a book that criticizes transgender ideology, has said Amazon banned the book from its inventory based on a false argument.

Amazon quietly removed the book, titled “When Harry Became Sally,” last month without explanation. When probed for the reason by several Republican senators, the online retail giant said it has chosen to not sell books “that frame LGBTQ+ identity as a mental illness,” in a March 11 letter to the lawmakers obtained by The Wall Street Journal (pdf).

But the book does no such thing, author Ryan Anderson told The Epoch Times.

“Nowhere have I ever said or framed LGBTQ+ identity as a mental illness,” he said via email. “The phrase ‘mental illness’ does occur in the book twice—but not in my own voice: once quoting a ‘transwoman’ writing in The New York Times, and once quoting the current university distinguished service professor of psychiatry at Johns Hopkins.”

Anderson makes a distinction between transgenderism, which he describes as a belief system that’s in major part political, and gender dysphoria, an established mental condition of extreme and persevering discomfort with one’s biological sex. He acknowledges that the discomfort is genuine, not imagined.

“The book also discusses the American Psychiatric Association’s classification of gender dysphoria in the most recent edition of its Diagnostic and Statistical Manual of Mental Disorders. Amazon, curiously, still sells that. Gender dysphoria is listed in the most widely respected and consulted book on psychiatric disorders because it is a serious condition that causes great suffering,” he said.

“There is a debate, however, which Amazon is seeking to shut down, about how best to help patients who experience gender dysphoria. ‘When Harry Became Sally’ is an important contribution, praised by medical experts, to that conversation. Amazon’s delisting of it cuts off vital political and cultural discussion about important matters when we need it most.”

The claim that the book portrays transgender people as mentally ill has been repeated multiple times since its publication three years ago.

The Washington Post, which is owned by Amazon, ran a story about the book on Feb. 2, 2018, making several false statements that were removed later that day. The article was furnished with a short notice that it “has been updated.”

Matthew Franck, associate director of the James Madison Program at Princeton University who reviewed Anderson’s book, called the article “a journalistic disgrace,” in a series of tweets at the time.

“The newspaper needs to do much more than an anodyne note about an ‘update,’” he said.

Recently, he commented on Twitter that Amazon’s explanation proves its ignorance about the book.

Anderson also noted the parallel with the Post article.

“Three years ago Jeff Bezos-owned Washington Post made false statements about me and my book … Now Bezos-owned Amazon is repeating those falsehoods as justification for cancelling my book,” he commented in a March 12 tweet, referring to Amazon’s chief executive Jeff Bezos.

He noted that Amazon’s censorship move comes during a major push to enshrine transgender ideology in law.

“The timing of Amazon’s move is highly suspicious, coming the weekend before Congress voted on a radical transgender bill—the so-called ‘Equality Act’—of which I am one of the most out-spoken critics,” he said in the email. “It seems that Amazon is using its massive power to distort the marketplace of ideas and is deceiving its own customers.”

The act would allow men who identify as women to compete in women’s sports as well as use women’s locker rooms, restrooms, and showers at any establishment providing service to the public, including schools. It explicitly invalidates religious objections, meaning religious institutions could be forced to hire homosexuals, undermining precepts in orthodox religions against homosexual behavior.

Roughly coinciding with its censorship of Anderson’s book, Amazon updated its policy to ban books that contain “hate speech.” It hasn’t specified what would fall under that label.

The move fits into a pattern across American society of censoring certain political perspectives using methods that result in a culture of self-censorship. A large part of that censorship is imposed by big tech companies such as Amazon, Facebook, Twitter, and Google.

“Big Tech offers the Left the holy grail of speech regulation: censorship with no accountability to voters and no constitutional restraints,” Sen. Josh Hawley (R-Mo.) commented in a March 11 tweet. “This is why liberals not-so-secretly love these monopolies. They do the Left’s bidding.”