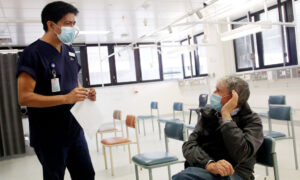 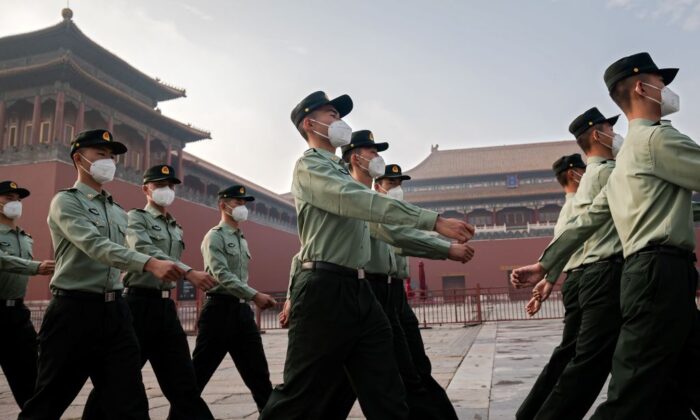 People's Liberation Army (PLA) soldiers march next to the entrance to the Forbidden City during the opening ceremony of the Chinese People's Political Consultative Conference (CPPCC) in Beijing on May 21, 2020. (Nicolas Asfouri/AFP via Getty Images)
Australia

A prominent Australian academic thinks the states and territories are a “weak link” when it comes to rebuffing foreign interference and in a speech at the National Press Club on Wednesday will call for the establishment of state-based national security units.

It comes after the government was given new powers to review and invalidate agreements with other nations made by states, territories, local councils, and public universities. This included security issues related to critical infrastructure, as well as those associated with espionage, propaganda, and cyber threats.

Prof. Rory Medcalf, head of the National Security College at Australian National University, will argue that state governments lack the capacity to engage with issues such as foreign interference or international tensions, in part due to a dearth of officials with high-level security clearances.

Medcalf will call for all Australian states and territories to establish dedicated national security units with security-vetted staffers who can handle confidential information from Australia’s national intelligence bodies.

“States and territories are where it gets real,” Medcalf will say, according to a speech released to the press.

“They don’t deal with the abstractions of diplomatic talking points or strategic analysis, but the tangible day-to-day elements of national resilience and national vulnerability—critical infrastructure, frontline geography, and the daily decisions and livelihoods of Australian citizens,” he will say.

Medcalf says this has already occurred in the realm of terrorism, with strong relationships in place between state and federal police bodies.

He will argue that state premiers and territory chief ministers need the best possible advice on foreign interference and a greater say on Australia’s national security policy, as rival countries “show no respect for the niceties of federation.”

The Epoch Times reached out to the Department of Foreign Affairs and Trade for comment on Medcalf statements but did not immediately receive a response.

The legislation which cleared Parliament on Tuesday is an effort to curb foreign interference and any deals that might adversely affect Australia’s foreign relations.

Including the state of Victoria’s Belt and Road (BRI) deal that has attracted strong criticism from both the Morrison and United States governments and may soon be on the chopping block.

Read More
US, Australia Could ‘Disconnect’ If Victoria’s Belt and Road Partnership Presents a Risk: Pompeo

“We didn’t agree with it in the first place, still don’t agree with it, and no doubt decisions on that will be made in due course,” Treasurer Josh Frydenberg told reporters when asked about Victoria’s Belt and Road deal.

Medcalf says federal security briefings to state-based counterparts—such as those which occurred on the BRI—are not always taken seriously enough, often because state officials are not cleared to hear all details.

The Chinese regime recently highlighted the new foreign relations law as one of 14 grievances the totalitarian dictatorship had with Australia—concerns dismissed by Prime Minister Scott Morrison at the time.