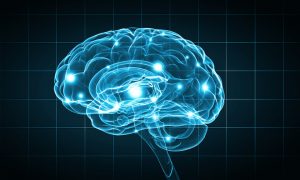 The Australian government has been given new powers to void deals with foreign nations that aren’t in Australia’s national interests after Parliament passed the final legislation on Tuesday.

In an effort to curb foreign interference and any deals that might adversely affect Australia’s foreign relations, the laws allow the federal government to review and invalidate agreements with other nations made by states, territories, local councils, and public universities.

Foreign Minister Marise Payne said in a statement on Tuesday the legislation provided a mechanism for states and territories to consult with the Commonwealth on international engagement. She said there could be tangible impacts on Australia’s foreign relations when they engage more frequently at high levels with foreign governments in a “globalised world.”

“This increased engagement, and the growing strategic complexity of the 21st century, brings greater risks, requiring more consultation and due diligence to ensure States and Territories are aligned with the Commonwealth’s foreign policy,” she said.

She added: “This legislation is necessary to appropriately manage and protect Australia’s foreign relations and the consistency of our nation’s foreign policy.”

The new laws will align the Australian federation on matters of foreign policy.

Liberal backbencher and China hawk, Andrew Hastie, celebrated the new law on Facebook, writing, “It will help the Commonwealth Government protect our sovereignty without being undermined by state governments, local councils or universities.”

“This means the Commonwealth can veto agreements that aren’t in our national interest—such as the Victorian government’s Belt and Road deal with the CCP,” he said.

The state of Victoria’s Belt and Road (BRI) deal has attracted strong criticism from the Morrison (and the U.S. government) and may soon be on the chopping block.

“We didn’t agree with it in the first place, still don’t agree with it, and no doubt decisions on that will be made in due course,” Treasurer Josh Frydenberg told reporters when asked about Victoria’s Belt and Road deal.

The Foreign Relations Bill was recently highlighted by the Chinese regime as one of 14 grievances the totalitarian dictatorship had with Australia.

Read More
Australia Responds to ‘Nameless’ Threat From China
‘Not the Way to Do Diplomacy’: US Ambassador to Australia Criticises Chinese Embassy’s Complaints Dossier

Prime Minister Scott Morrison dismissed the criticism at the time and characterised the Chinese embassy’s unofficial document as the communist regime taking issue with Australia for speaking up on human rights abuses and taking umbrage with politicians and some media for speaking freely about the nature of the Chinese regime.

Before the final vote, independent South Australian Senator Rex Patrick failed to get enough support for the upper house to insist on an amendment making the minister’s decisions subject to judicial review.

While the substantive laws passed last week, consequential amendments were approved in the Senate on Tuesday.

The government will report annually to the Parliament on the foreign minister’s decisions. A new task force has been established in the Department of Foreign Affairs and Trade to implement the legislation.