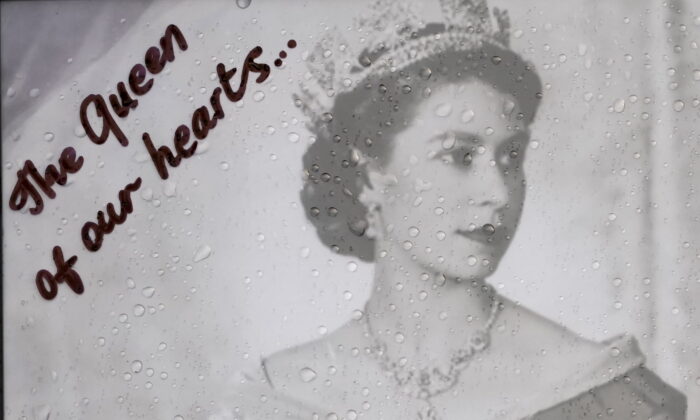 Raindrops are seen on a photograph of Queen Elizabeth II left at the gates of Buckingham Palace by a mourner in London on Sept. 9, 2022. (Kirsty Wigglesworth/AP Photo)
Australia

Memorial Day for Queen Elizabeth II Will Be Holiday in Australia

Australia will have a one-off public holiday on September 22 as the nation holds a memorial service day for Queen Elizabeth II.

“That’s to allow people to pay their respects for the passing of Queen Elizabeth,” he told ABC’s Insiders program.

“I spoke to all premiers and chief ministers yesterday and I’m writing to them formally this morning … they will have received their letters by now. They have all agreed that it’s appropriate that it be a one-off national public holiday.”

The Queen’s funeral in London has been confirmed for Monday, September 19.