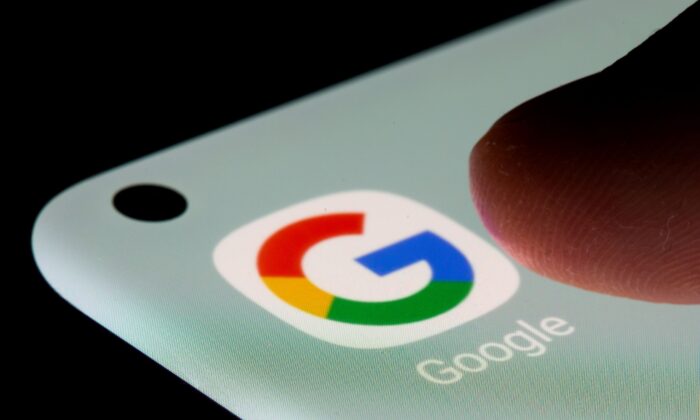 The Google app is seen on a smartphone in this illustration taken on July 13, 2021. (Dado Ruvic/Illustration/Reuters)
Media & Big Tech

In a report published on Tuesday, the Australian Competition and Consumer Commission (ACCC) said an inquiry into advertising technology, also referred to as “ad tech” had identified “significant competition concerns” that can harm publishers, advertisers, and consumers.

Ad tech is tools and software that allow advertisers to reach audiences, and deliver and measure digital advertising campaigns, in an ever-expanding digital economy.

The technology is used in the buying and selling of digital display advertising and involves the automated use of complex algorithms and systems that create digital adverts such as images or videos, including pop-ups and banners, in a matter of milliseconds.

ACCC acknowledged that the technology plays an important role in helping Australian businesses reach their consumers and enabling publishers to fund online content.

The 200-page report singles out Google—which holds a dominant position in key parts of the ad tech supply chain—as the main offender in the ad tech industry’s competition, pricing, and lack of transparency.

Key acquisitions by Google, including of DoubleClick in 2007, AdMob in 2009, as well as YouTube in 2006, have helped Google secure its position in ad tech, and the watchdog notes that the company has “access to consumer and other data, access to exclusive inventory and integration across its ad tech services.”

ACCC estimates that over 90 percent of ad impressions traded via the ad tech supply chain passed through at least one of Google’s services in 2020.

“Google has access to a large volume and range of first-party data gathered through its customer-facing services, such as Search, Maps, and YouTube,” the report notes. “The extent to which Google uses its first-party data to advantage its ad tech businesses is not clear and is a source of confusion among industry stakeholders.”

Furthermore, the ACCC found that Google has used its dominant position to preference its own services and shield them from competition, for example preventing rival ad tech services such as Amazon, Facebook, and Adobe from accessing ads on YouTube.

The ACCC notes the technique is aimed at “increasing competition for publishers’ inventory,” and that Google had “previously allowed its services to have a ‘last look’ opportunity to outbid rivals.”

A Google spokesperson, responding to the criticism, told The Epoch Times in an email it Google believes that its digital advertising technology services deliver “benefits for businesses and consumers,” such as helping publishers fund their content, helping small businesses reach new customers, as well as protecting people from bad ad practices.

Meanwhile, the watchdog has called for more power to develop and implement certain measures to address competition issues caused by Google’s data advantage, and recommended that specific standards are established within the industry requiring tech providers to publish average fees, making it easier for ad tech customers to compare them across different providers.

The watchdog also wants Google to provide publishers with information about the operation and outcomes of its publisher ad server auctions, and make clear how it uses its data to sell its services.

“We have identified systemic competition concerns relating to conduct over many years and multiple ad tech services, including conduct that harms rivals,” ACCC Chair Rod Sims said in a release.

“Investigation and enforcement proceedings under general competition laws are not well suited to deal with these sorts of broad concerns, and can take too long if anti-competitive harm is to be prevented. We recommend rules be considered to manage conflicts of interest, prevent anti-competitive self-preferencing, and ensure rival ad tech providers can compete on their merits,” he added.

The ACCC said it will consider how its findings and recommendations, including the legal framework for the proposed rules and powers, should go into effect in a broader report due in September 2022.

“As one of the many advertising technology providers in Australia, we will continue to work collaboratively with industry and regulators to support a healthy ads ecosystem,” the Google spokesperson said.