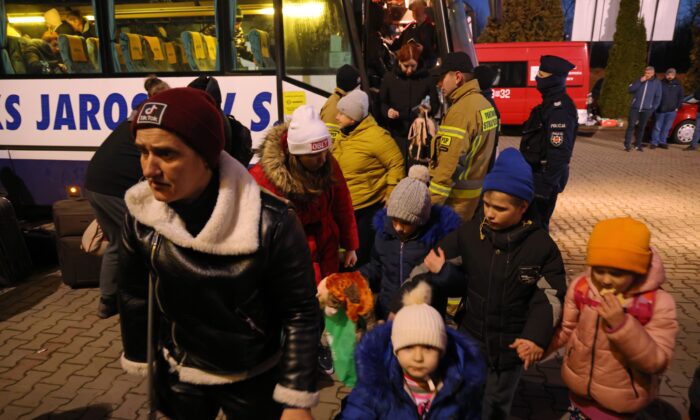 An Australian university is creating opportunities for Ukrainian students who have been affected by their homeland’s ongoing conflict with Russia via the establishment of a new scholarship fund, adding education to the list of aid ordinary Australians are offering to the war-torn nation.

Charles Darwin University (CDU), situated in the Northern Territory in the north of Australia, has announced it has created the first Australian scholarship fund for Ukrainians that are resettling in Australia. The CDU Ukrainian Assistance Scholarship is intended to help pay for the living expenses, tuition fees, and textbooks for Ukrainian humanitarian visa holders.

“This is about showing support in a distressing time for Ukrainians, by creating more opportunities for these students to reach their full potential on their educational journey,” CDU Vice-Chancellor Scott Bowman said in a university media release on March 1.

“This is just one small thing we can do as an educational institution to offer Ukrainian humanitarian entrants some tuition and financial support in the aftermath of the hardship and loss they are experiencing,” Bowman said. “The new scholarship fund will be a show of support for the people of Ukraine, to do what we can as a University and from Territorians.”

The scholarship fund will be financed through a staff fundraising campaign, the proceeds of which will be matched by Charles Darwin University in its donation. Any additional money raised by the campaign will go to humanitarian efforts in Ukraine.

The scholarship fund is also open to donations from anyone who wants to support these disadvantaged students, businesses, government, and/or community, both Australian and international.

CDU Global Director Joanne Chrystal said that the Northern Territory is welcoming for all students, both migrant and domestic and that the territory is one of the most multicultural places in Australia.

She said that Ukrainian students who choose to come to CDU would have access to both counselling and a dedicated international student support team.

“We want to help as many impacted Ukrainians as possible to ensure they are supported as they study with us in the Northern Territory with their tuition fees and other expenses,” Chrystal said in a university media release.

The new Ukrainian Assistance Scholarship is not the university’s first scholarship for humanitarian entrants. CDU also offers the Charles See Kee Leadership Scholarship, which provides students who have resettled in Australia as humanitarian or refugee entrants with financial support. The scholarship intends to give these students the opportunity to undertake studies that will enhance their leadership and employment outcomes.

The CDU scholarship fund comes a week after the top Australian universities, the Group of 8 (Go8)—a group consisting of Australia’s top 8 research-intensive universities—announced their approach to helping Ukrainian and Russian students currently in Australia.

“Go8 universities introduced a range of social and financial support measures to aid international students during the COVID-19 pandemic and are well placed to provide further assistance during this current crisis.”

Thomson said that the Go8 universities have moved to act quickly to identify and contact their individual Ukrainian and Russian students as well as the relevant student clubs and societies, checking on their welfare and offering support.

“As tensions in the region build, our universities are mindful of the increasing pressure this will place on our Ukrainian and Russian students both here in Australia and studying offshore,” Thomson said. “We are extremely concerned for their welfare. They’ve already been through a tough two years, dealing with the challenges of the COVID-19 pandemic, and we can only imagine how difficult this situation must be for them.”

The new CDU scholarship comes after the Australian federal government pledged $105 million (US$76 million) worth of aid for Ukraine in a press conference on March 1.