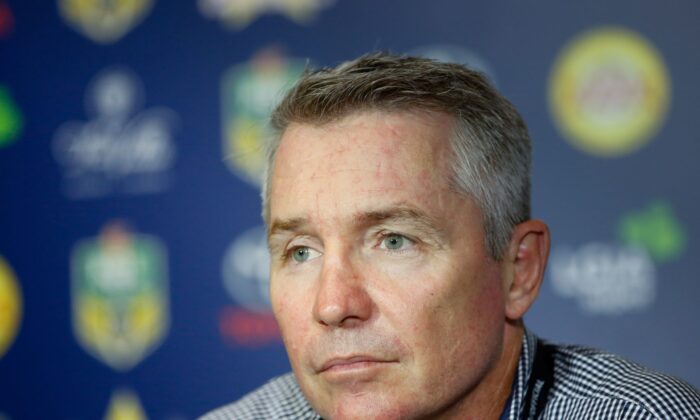 Coach Paul Green at the post game media conference after the Round 6 NRL match between the North Queensland Cowboys and the Wests Tigers at 1300SMILES Stadium in Townsville, Saturday, April 8, 2017
Australia

The NRL is in shock following the untimely death of premiership-winning coach Paul Green, aged 49.

Green is reported to have died in his Brisbane home on Thursday morning, with a post-mortem to be conducted.

A star in his own right as a player, Green played 162 games across five different clubs as a halfback, five-eighth and hooker while also playing seven State of Origins for Queensland.

But he will forever be remembered as the man who helped guide North Queensland to their maiden premiership in 2015.

In total, he was in charge of the Cowboys in 167 games, with the 2015 title coming in just his second season as head coach.

He left the club in 2020 and took over as Queensland’s State of Origin coach last year.

When he resigned from that job last September, it appeared certain he would resume his days as an NRL coach.

He was also linked to Wests Tigers at the end of last season and was expected to take on a role at the Dolphins next year.

Beyond those still at North Queensland, he has coached several players across the game who began their careers in Townsville or played for the Maroons last year.

On Thursday night alone, Cameron Munster, Xavier Coates and Viliame Kikau were among those due to take to the field just hours after learning of their former coach’s death.

Green was in Sydney only last weekend for the Cronulla ex-players reunion, a club where he played 95 games before moving north to the Cowboys.

He was also a part of the Sydney Roosters’ 2002 premiership-winning squad before finishing his playing days at Parramatta and Brisbane.

“We are deeply saddened at the tragic passing of Queenslander and former Bronco, Paul Green,” the Broncos tweeted.

“A legend on and off the field gone far too soon.”