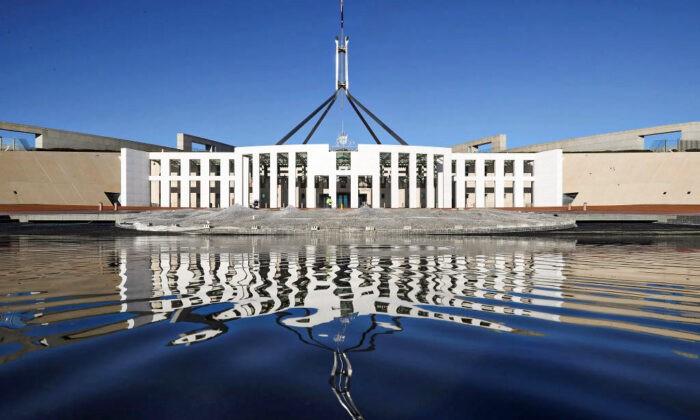 Human rights violators, corrupt officials, and cyber hackers will be banned from visiting Australia and spending their ill-gotten gains in the country, as the Australian Parliament has approved a Magnitsky-style law.

The legislation, the Autonomous Sanctions Amendment (Thematic Sanctions) Bill 2021, was approved by the lower house of the Australian Parliament on Dec. 2.

The measure is partly based on the Magnitsky Act in the United States, which is named after attorney Sergei Magnitsky, who exposed major tax fraud committed by Russian officials. He was later imprisoned, tortured, and died in 2009.

Different from regular sanctions, Magnitsky-style laws focus on individual human rights violators and can freeze their assets overseas. Targets of the law could be cyber hackers, corrupt generals, cronies of Russian President Vladimir Putin, or Chinese Communist Party officials who have been responsible for serious human rights atrocities.

Calling for its passage in the Senate, Liberal Sen. James Paterson, one of the measure’s early advocates, said that in the current geopolitical environment, the legislation is “an important tool of Australia’s foreign policy, targeting those responsible for egregious behaviors.”

“As the global Magnitsky movement has shown, depriving human rights abusers of their wealth and ability to travel can hit them where it hurts,” Paterson said. “Magnitsky sanctions will ensure that those responsible cannot seek safe haven for themselves or for their assets in Australia.”

Paterson also highlighted a “uniquely Australian innovation” in this version of the Magnitsky Act.

“For the first time ever in the world, our act will not only equip us to target those who abuse human rights or engage in seriously corrupt conduct, but also those who threaten our national interest in the cyber realm,” he said. “This will become an increasingly important tool to help shape and deter our adversaries.”

Foreign Minister Marise Payne said the measure is timely for Australia, as an increasing number of comparatively attractive economies have joined the ‘Magnitsky movement.’

“This will also allow us to act more swiftly with key like-minded sanctions partners, including the United States, the United Kingdom, and Canada, where it is in the national interest,” Payne said, when she introduced the legislation for its second reading on Nov. 24.

More than 20 countries have introduced similar laws on individuals and entities since the United States first approved the Act, according to the Australian Parliament’s website.

The measure has gained bipartisanship support in the Senate.

“In a modern age of regimes run by the dregs of humanity … who torture and jail and murder their own citizens [and] break their spirits, who delight in causing fear, who take away hope and humanity, places citizens in concentration camps,” Labor Sen. Kimberley Kitching told the Senate. “If you understand the beauty that it is to be a human being, of being alive and vital; if you believe in the dignity of human beings, well, then you can’t really allow such evil to go on unchallenged.”

However, Labor Foreign Affairs spokeswoman Penny Wong has criticized the government for delays in approving the legislation.

“The Morrison government’s delays in introducing Magnitsky-style sanctions have sent a regrettable message,” Wong told the Senate. “That Australia is not committed and that we don’t take human rights abuses seriously.”