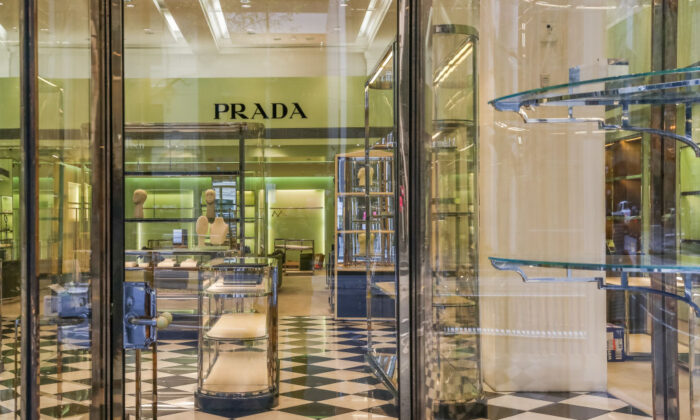 A Prada store with empty shelves following the closure of retail is seen at Collins Street in Melbourne, Australia, on Sept. 29, 2021. (Asanka Ratnayake/Getty Images)
Australia

Australian Labour Market in 2021 Was a Year of Highs and Lows: SEEK

Australian employment marketplace SEEK characterised the 2021 job market as a year of highs and lows; record-breaking job ad numbers, lowest ever applications per job, and lockdowns impacting the market.

“Each state and territory recorded the highest number of ads within a month at one stage during the year, some multiple times, with multiple industries experiencing their own highest levels in SEEK history in 2021,” Banks said.

While lockdowns across some states resulted in a fluctuation of job ad numbers over the past 12 months, the numbers trended upwards overall. October and November experienced record job ad numbers as New South Wales, and Victoria eased restrictions.

Meanwhile, the number of applications per ad has conversely fallen due to increasing job ad numbers, a smaller talent pool, and higher awareness of job ad security than ever before.

“With such phenomenal demand for talent, the number of applications per job ad were no match, and we saw a continued decline in applications from May to November,” Banks said.

The increasing awareness of job ad security is causing 31 percent of Australians to hold back from their intent to change jobs, SEEK found.

“While ‘The Great Resignation’ is yet to be seen in Australia, candidate sentiment research undertaken by SEEK does point to almost one-third of Australians looking to change jobs within the next six months so that we will be anticipating movement there in 2022,” Banks said.

Businesses hit hardest by lockdowns and had the most fluctuations were those in client and customer facing industries, including hospitality and tourism, healthcare and medical, and trade and services.

SEEK found a 1.1 percent increase in ads in November, which Banks said spoke volumes about the labour market.

“The lead-up to Christmas [is] traditionally a time where businesses scale back on talent hiring,” she said. “Instead, we had more job ads on our site than ever before.”

Prime Minister Scott Morrison encouraged Australians to return to the labour market and get back to work as businesses fight over talent.

“I’d encourage Australians who have yet to get back into that workforce—those jobs are there, the employers are looking for you,” Morrison told reporters in November.