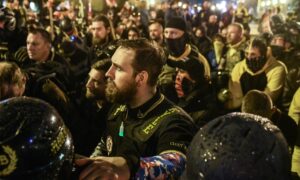 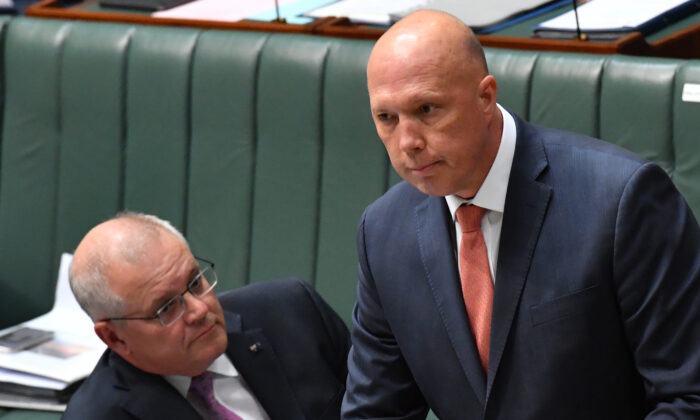 Australia has for the first time listed a far-right extremist organisation as a terrorist group, paving the way for investigations and possible jailings of members.

Home Affairs Minister Peter Dutton is listing the Sonnenkrieg Division—also known as SKD—under the criminal code, joining the likes of ISIS and al-Qaeda.

Sonnenkrieg Division (SKD) is the British chapter of the U.S.-based Atomwaffen Division (AWD). AWD is a neo-Nazi organization that seeks the creation of a National Socialist government through a violent “white revolution” and believes that a race war is inevitable, according to the Counter Extremism Project.

Members of the group have been convicted for plotting to attack the British royal family, as well as disseminating terrorist material.

Dutton said on Monday that the listing reflected the Australian government’s commitment to stamping out violence and extremism of all kinds, regardless of ideology or motivation.

“SKD adheres to an abhorrent, violent ideology that encourages lone-wolf terrorist actors who would seek to cause significant harm to our way of life and our country,” he said.

“Members of SKD have already been convicted of terrorist offences in the United Kingdom, including encouraging terrorism, preparing for a terrorist attack and possession and dissemination of terrorist material.

“SKD’s active promotion and encouragement of terrorism has the potential to inspire extremists across the world, and the availability of SKD propaganda online throughout the pandemic has provided fertile ground for radicalisation,” he added.

In ASIO’s annual threat assessment released last week, agency director-general Mike Burgess said “so-called right-wing extremism” had grown from one-third to around 40 per cent of priority counter-terrorism caseloads over the past year.

He revealed ASIO would now refer to violent threats by right or left-wing groups and individuals as “ideologically motivated extremism.”

“People often think we’re talking about skinheads with swastika tattoos and jackboots roaming the backstreets like extras from Romper Stomper, but it’s no longer that obvious,” he said in a speech.

“Today’s ideological extremist is more likely to be motivated by a social or economic grievance than national socialism.

“More often than not, they are young, well-educated, articulate, and middle class—and not easily identified.”

The listing enables all available terrorist offences and penalties to apply to the organisation, including up to 25 years in jail for some offences.

Labor has been urging the government to start listing right-wing extremist groups.

But the government has insisted it was waiting for advice from ASIO.

Researcher Andy Fleming who has been tracking the far-right in Australia told The Guardian that SKD’s listing in Australia is unlikely to have a big impact on the group as it has “little presence in Australia, as far as I know.”

“On the other hand, it’s possible that relevant state agencies have identified a connection,” he said.