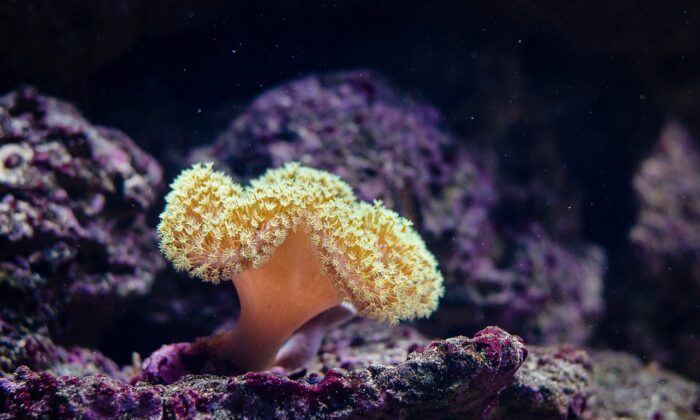 Australian Environment Minister Tanya Plibersek will block a proposed thermal and coking coal mine over its “unacceptable impacts” on the Great Barrier Reef.

The project is backed by billionaire mining magnate Clive Palmer and is located in central Queensland—home to large coal-mining industry.

She also suggested the mine could affect water supply.

“The available evidence also suggests that the project would be likely to have unacceptable impacts on water resources in the area,” she said.

The environment minister said her decision was informed by recommendations from the Queensland State Assessment Report, the Independent Expert Scientific Committee on Coal Seam Gas and Large Coal Mining Development, and public comment.

Public consultation is currently underway for the project, which will inform the minister’s final decision.

The move was applauded by the left-wing Australian Greens leader Adam Bandt, which now holds a significant number of seats in the Senate.

“That’s welcome. That’s now one down and 113 to go,” Bandt told the Australian Broadcasting Corporation’s Afternoon Briefing on Aug. 4. “There’s 114 of these projects in the pipeline, and at the moment, our environment laws don’t even see the minister being required to take climate change into account when making their decisions.”

“We heard the State of Environment report that the last government sat on, and when it was released, you understand why. It’s because it says climate change is the biggest driver behind so much of the environment’s collapse. Coal and gas are behind that.”

The report in question has been criticised by Peter Ridd, a former professor at James Cook University and a member of the Global Warming Policy Foundation.

He has called for more scrutiny of the scientific community and its findings around climate change, saying the State of Environment report was politically motivated and omitted key data that contradicts the climate change narrative.

“In environmental sciences, the ideology has crept in such that if you have a different view on these things, you’ll be excluded,” he previously told The Epoch Times.

However, despite these concerns, the current Labor government has partnered with the Australian Greens to pass a Climate Change Bill to set a more ambitious emissions reduction target for the country.

The push to reduce emissions by 43 percent by 2030—up from 26 to 28 percent—will see the federal government try to overhaul the electricity grid so that it is powered by more renewable energy sources. Currently, around 64.67 percent of the nation’s electricity comes from coal-fired generation.

Bowen says another five sites have been earmarked for offshore wind turbines.