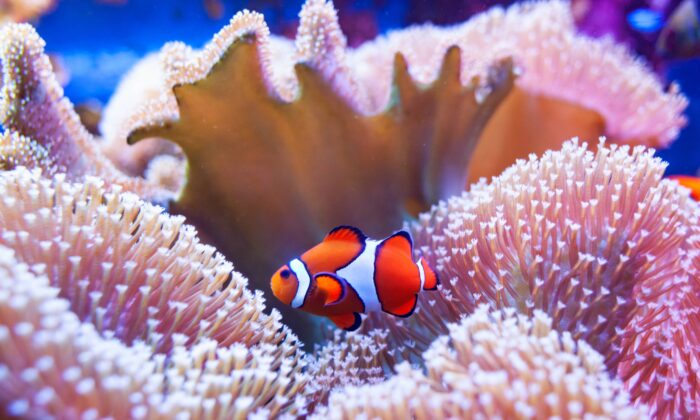 An Australian geophysicist has called a new government report—which claims Australia’s ecosystem is at risk of collapse—a “political statement” that deliberately omits important data to fulfil the climate change narrative.

The State of the Environment report recently released on July 19 by Tanya Plibersek, the federal environment and water minister, was compiled by a group of scientists who claimed Australia’s environment was under “extreme pressure” due to factors such as climate change, habitat loss, invasive species, pollution, and resource extraction.

“Our inability to adequately manage pressures will continue to result in species extinctions and deteriorating ecosystem condition, which are reducing the environmental capital on which current and future economies depend,” the report said.

“Even the best management will not stop environmental decline if we do not address climate change and cumulative effects.”

But Peter Ridd, a former professor at James Cook University and a member of the Global Warming Policy Foundation, told The Epoch Times the study was “not a scientific document” and excludes a “whole lot of information that contradicts the story that they’re telling.”

In an earlier Facebook post on July 19, Ridd wrote, “This latest report is just a political statement, designed to bully the government. It was apparently written when the coalition was still in government but then-Minister Susan Ley decided not to publish it.”

“There is a great deal of scepticism about reports like these because they are so over-the-top, they have lost credibility.”

One example he highlighted was the report’s claim that Australian coral reefs were in “poor and declining condition.”

However, Ridd later told The Epoch Times this assessment ignored the latest data that showed the reef was in fact enjoying “record high coral cover.”

According to the latest annual survey from the Australian Institute of Marine Science (AIMS), the Great Barrier Reef’s hard coral cover has increased across all three regions (27 percent in the Northern region, 26 percent in the Central, and 39 percent Southern) during 2020-21, and most reefs had moderate or high coral cover.

The survey further noted that although bleaching events do occur due to heat stress, the reef displayed low coral mortality and even demonstrated resilience when free from major disturbances.

This data, however, is not highlighted in the government’s State of Environment paper, which instead emphasised mass coral bleaching since 2016 that it attributed to warming ocean waters.

But Ridd said this finding “failed to take into account that large parts of western Queensland were originally grassland.”

“Originally, the Aboriginal people would burn a lot,” he said, noting that the reduction of fire regimes since European settlement has changed the area into a woodland. “So a lot of these areas that are cleared were originally grassland to start with.”

While the report did include some positive developments in Australia’s environment, they are mostly downplayed, overall undermining its veracity, Ridd said.

“They’ll give you a little bit of a bone here. But then they take away the whole thing somewhere else.”

For example, in the chapter about Coasts, the report mentioned a case study that found over 97 percent of aquatic species across the Great Barrier Reef were “unlikely to experience harmful effects from pesticides” but then argued that this only represented the “spatially averaged risk.”

Similarly, although the report acknowledged that the Southern parts of the Great Barrier Reef remained in good condition, it concluded that “trends are unclear because ocean warming is posing an increasing threat.”

However, Ridd said the study has done quite well in terms of mentioning the impacts of the population. But he said it failed to reflect the fact that “Australia’s environment is much, much better than almost anywhere else on earth.”

Bias in Science Is Possible

Scientific papers that affirm the detrimental effect of climate change are difficult to challenge because “we’ve been brought up to believe that scientists are very respectable and are not biased in any way,” Ridd said.

“In many areas of science, that’s absolutely true. But in environmental sciences, the ideology has crept in such that if you have a different view on these things, you’ll be excluded.”

The former professor faced intense pressure in 2018 for questioning the veracity of research being carried out by scientists researching the Great Barrier Reef. James Cook University administrators would terminate Ridd’s employment claiming breach of professional conduct.

Ridd said: “Most people would rather believe that the institutions haven’t become untrustworthy, because that is just too horrible to contemplate.”

“The problem is the media doesn’t have time to check,” he noted. “Ultimately, the proverbial man in the street has to be able to trust the scientists. And unfortunately, I think that we no longer can.”

“And that’s why I’m calling for quality assurance on these sorts of reports, so that we can have some genuine faith in the moment.”

Environment Minister Plibersek on July 19 took advantage of the release of the report to launch a new federal Environmental Protection Agency to enforce the government’s goals on environmental policy—formed in response to calls for a more holistic and national approach to climate change action.

“Years of warnings that were ignored or kept secret. Promises made, but not delivered. Dodgy behaviour, undermining public confidence. Brutal funding cuts. Wilful neglect,” Plibersek told the National Press Club, in a rebuke of the former government.

Yet it is unclear how this new federal body will operate alongside existing state-based Environmental Protection Agencies, or whether there will simply be more overlap of roles.

Ridd meanwhile, said the “doom and gloom” of the report could spur further restrictions on farming, mining, and tourism activity.

“This actually is a real problem for us, because every single one of our major industries up here is affected by regulations,” he noted.

Plibersek also warned that if Australia were to continue on the current “trajectory” the Australian landscape, wildlife, and plant life “may not be here for our kids and grandkids.”

However, Ridd said this sentiment only had a “terrible psychological effect on children [who will think] the world is going to end.”