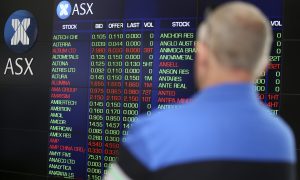 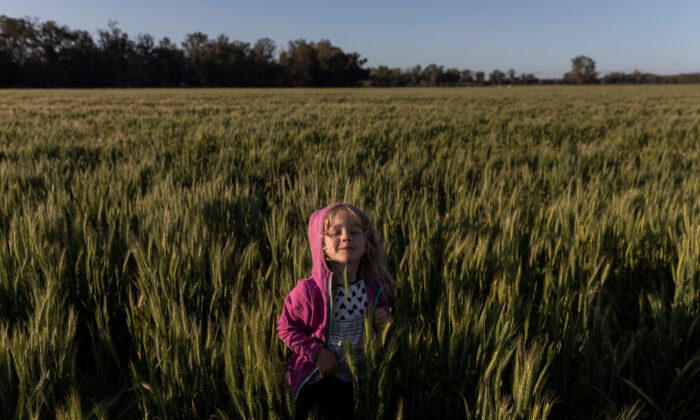 Bonnie Taylor plays amongst the wheat fields on the family farm outside Coonabarabran on October 01, 2020 in Coonabarabran, Australia. (Brook Mitchell/Getty Images)
Australia

Australian Agriculture on Track to Miss $100B Target

Australian agriculture’s goal of reaching $100 billion in production is facing a $16 billion shortfall according to the latest report card.

The National Farmers’ Federation target, which is endorsed by the federal government, is under fire from global market volatility stemming from escalating trade tensions.

It warns of uncertainty around international travel which could continue to cause workforce shortages.

But the report card praised progress on innovation including climate research and the level of trust in Australian produce globally.

The outlook is also bolstered by a bumper crop in large parts of the country after years of crippling drought.

NFF president Fiona Simson said the sector had been steady with production at $61 billion in the past financial year.

“This is a good result, given the gravity of the hurdles faced by farmers, namely a once-in-a-generation drought and the black summer bushfires,” she said.

“There is no doubt the widespread rains beginning in late summer, turned many farmers’ fortunes around.”

Australian agriculture scored a three out of 10 for achieving gender parity in the agricultural workforce and doubling women in management roles.

But it scored eight for a public campaign to teach people more about the sector’s contribution to food security during the pandemic.

Simson said coronavirus had presented an opportunity to talk to all Australians about where their food and fibre came from.

“Collectively these communications reached more than 20 million Australians and furthered the roadmap goal for agriculture to be Australia’s most trusted industry by 2030,” she said.

Simson said there were challenges on the horizon in the short term.

“But, as a bumper winter crop fills silos across the country and demand for red meat remains strong, the overall outlook is largely positive,” she said.