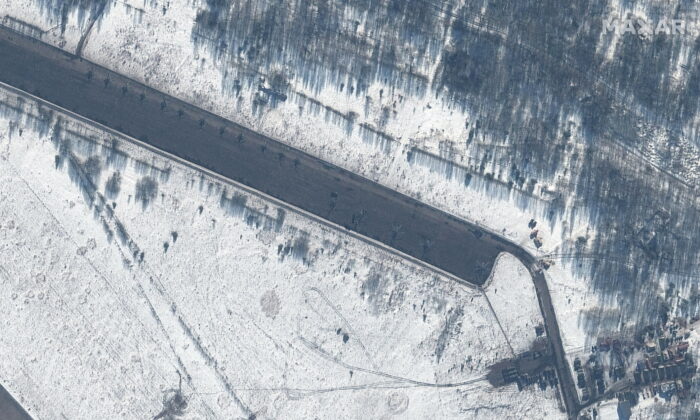 Prime Minister Scott Morrison has indicated Australia won’t send troops to Ukraine in the event of an invasion by Russia but will provide practical assistance to allies.

US President Joe Biden believes Russia’s Vladimir Putin has made a decision to invade Ukraine and will do so within weeks or days.

Morrison said an invasion is “regrettably inevitable”, with intelligence showing Russian troops have not been withdrawn from the border.

“The pretence has been sought for an invasion,” Morrison told reporters in Darwin on Saturday.

Mr Morrison said Australia would stand by its like-minded allies and provide “support that is necessary”.

“Australia has not been asked or nor would we be providing support through troops or anything of that nature,” he said.

“We work with our allies and partners in many other ways, and we will seek to do that with the practical things that we can do to assist those efforts.

“We have had such discussions with the UK prime minister and others about how we proceed along that basis.”

Russia has released footage it claims shows a withdrawal of its troops from the border but the US believes there has been a ramp-up to between 169,000 and 190,000 troops, from 100,000 at the end of January.

“They cannot use the threat of war and invasion as a way of trying to leverage and negotiate other changes that they may be seeking,” he said.

“This is not how free nations, democratic nations, nations in favour of peace, should behave. We have seen this before and we cannot allow it to stand.

“(We) will always be proud to stand with others like the United States and Japan and so many others around the world, the friends in Europe and the United Kingdom who have been prepared to call this out.”

“I call upon Russia to back off. There is no place for the intimidation that we have seen from Russia,” he said.

“We know that the ravages of war have real consequences.”