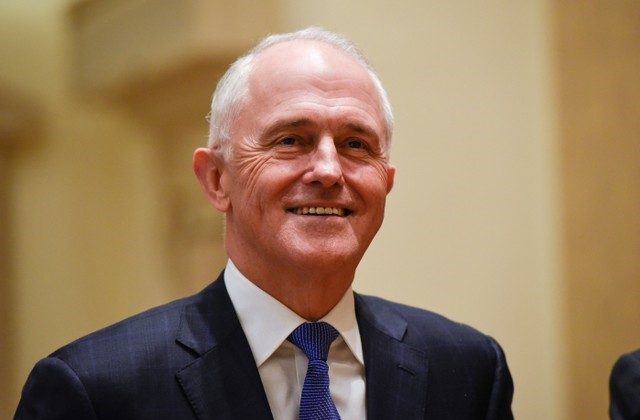 SYDNEY/WELLINGTON–Australian Prime Minister Malcolm Turnbull said on Friday he supports Chinese foreign investment in impoverished Pacific Island nations so long as it is productive, amid concerns Beijing is buying increased influence in the region.

“We welcome this investment from any source, any nation, any development bank, on the basis that it is going to provide real value, supports good governance, has got a robust business plan and so forth,” Turnbull told reporters in Sydney after talks with New Zealand Prime Minister Jacinda Ardern.

Australia is the largest donor of foreign aid to the Pacific, committing A$166.4 million ($129 million) to the region this year. But with a sluggish economy and a large budget deficit, Australia’s economic aid budget will fall to its lowest level, opening a door for China, analysts say.

Meanwhile, Chinese economic aid to the region is growing significantly, according to Australian think-tank the Lowy Institute, with an estimated $1.78 billion spent in the decade to 2016.

Canberra’s relationship with China soured early this year after Australia’s Minister for International Development and the Pacific Concetta Fierravanti-Wells said Beijing was constructing “useless buildings” and “roads that do not go anywhere” in the Pacific.

Australia and New Zealand have long enjoyed near unswayed influence in the Pacific, including acting as protectorates over Pacific nations including Papua New Guinea. But blessed with large natural resources and a desire to source larger allies, China has turned its attention to the region.

The issue of China’s influence in the Pacific was informally put on the agenda of the New Zealand state visit after its Deputy Prime Minister and Foreign Minister Winston Peters raised the matter at a speech to the Lowy Institute on Thursday night.

“The Pacific overall has also become an increasingly contested strategic space, no longer neglected by great power ambition, and so Pacific Island leaders have more options. This is creating a degree of strategic anxiety,” Peters said.

New Zealand is the second largest donor to the region, after Australia, providing around NZ$1 billion ($724.70 million) in aid in the four years ending in mid-2018. Peters did not reveal any details of New Zealand future aid budget.

By Colin Packham and Charlotte Greenfield