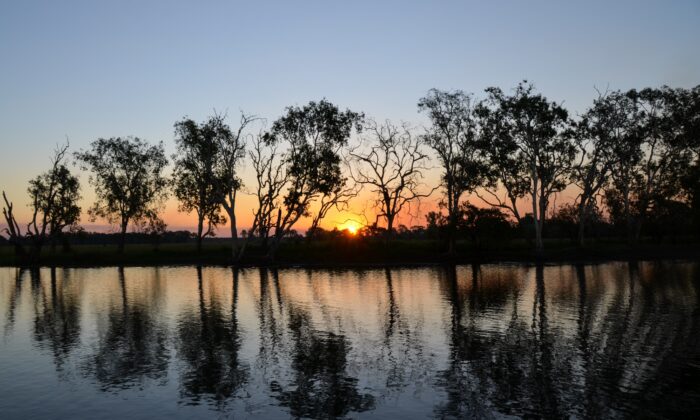 More farmers, businesses, and industries will now be able to claim and cash-in Australian Carbon Credit Units (ACCU)—a financial instrument awarded to those who reduce their carbon dioxide emissions—with the inclusion of mangroves and tidal marshes to the carbon offset scheme.

One carbon credit represents one tonne of carbon dioxide stored or avoided. These can be sold to the federal government under its $4.55 billion Emissions Reduction Fund (ERF), or auctioned off to companies that want to reduce their emissions on paper by offsetting their own emissions with the purchased carbon credits.

Projects that conserve plant life, which in turn absorb carbon dioxide from the atmosphere, are one type that are rewarded with carbon credits. A key note of the update was the inclusion of mangroves and tidal marshes to allow the storage of “blue carbon.”

Aside from reducing emissions and financially benefiting landholders, communities, and businesses, it is expected the blue carbon incentives will also improve water quality and protect coastal wetlands.

ACCUs will now also be eligible for projects that extract biomethane—a substitute for natural gas—produced by the refinement of waste gases and agricultural methods.

Energy and Emissions Minister Angus Taylor lauded the mechanism as a method to help reduce emissions, with $2.2 billion already committed across Australia of which many are in regional or rural areas.

“The ERF has already delivered more than 100 million tonnes of abatement and these new methods will bring on even more projects and abatement,” Taylor said.

“The new method will allow the capture of biomethane from facilities such as waste water treatment plants and other high methane producing activity and … it can now be injected into the gas network and for that to be recognised,” McKenzie said.

“Capturing methane that would otherwise be going into the atmosphere—it’s a significant difference in terms of the reduction of that methane being used for energy activities rather than it being emitted, around 20 times.”

Australia’s carbon credits and the expanded measures have been criticised by environmental groups over concerns they may in some occasions be ineffective in reducing emissions.

The Australian government has granted land owners carbon credits to avoid chopping down forests on their land. This is because once trees are cut down, their carbon content leaks into the atmosphere.

In fact, Australia relies heavily on forest and vegetation practises—known as “land use, land-use change, and forestry” (LULUCF)—which contributes to more than 80 percent of the nation’s emissions reduction alone.

One farmer was given around one million carbon credits for preserving 23,000 acres of forest at the ACCU price of $16, at the time worth around $16 million. ACCUs have since skyrocketed to around $55 a piece.

But a September 2021 report by the Australian Conservation Foundation (ACF) and the Australia Institute accused the federal government of buying $26.3 million in ACCUs off of farmers who weren’t planning on clearing their vegetation anyway.

ACF climate change campaigner Suzanne Harter has said the ACCU system, which now includes blue carbon, would only be beneficial if the conservation of mangroves and tidal marshes came as a result of direct effort.

“Provided the new methods meet strong integrity requirements including assurance that they are ‘additional’ to what would have happened anyway, the new methods provide new incentives and opportunities for investing in measures that will allow for the creation of ACCUs,” Harter told The Epoch Times.

“The new blue carbon method provides a useful incentive to protect and restore carbon-rich seagrass meadows, mangroves, and other habitats that store carbon naturally in the landscape and also provide a range of critical habitat and ecosystem services.”

However, Harter said she believed directly reducing emissions should take precedence over a heavy reliance on carbon offsetting through carbon credits.

“Committing to rapidly transition from coal and gas to renewable energy or strongly supporting a transition to clean transport would have a much more significant impact on emissions than adding new methods to create ACCUs.”