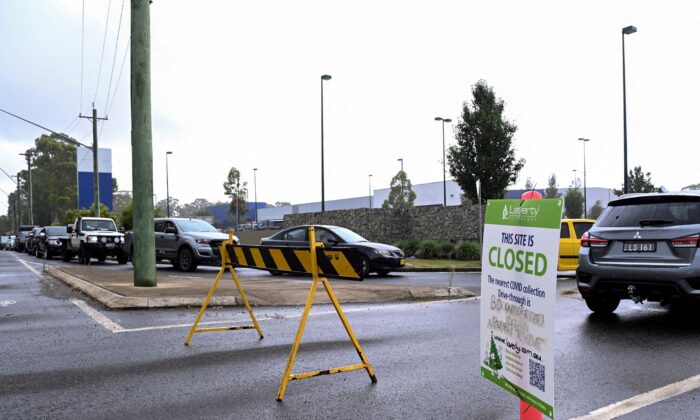 SYDNEY—Australia has ruled out letting teenagers as young as 16 drive forklift trucks to tackle a shortage of workers in COVID-19-hit supply chains, as it scrambles to scoop up millions of home testing kits needed to keep businesses functioning.

A sudden rise in COVID-19 cases in recent weeks has seen hundreds of thousands of workers benched by illness or the need to isolate, leading states to quickly lower the isolation requirement to seven days.

Prime Minister Scott Morrison had floated a proposal to lower the minimum age of forklift drivers from 18 to 16, seeking solutions for a shortage of workers now hobbling the economy. Earlier this week he scrapped visa fees for foreign backpackers and students wanting to work and study in Australia.

But most States consider forklift operation to be high-risk work which requires a license available only to 18s and over, and after a meeting with State premiers on Thursday, Morrison said the proposal had proved a non-starter.

“We had a good discussion today and it is not something that we believe, collectively, we should be pursuing at this time,” Morrison told a media conference.

The National Cabinet did agree to consider recognizing New Zealand licenses for truck drivers to meet a shortage in that sector.

Morrison’s Liberal-National coalition government is seeking ways to loosen regulations in Australia’s transport and food sectors to ease supply chain and workforce disruptions that have led to empty supermarket shelves.

The problem has been exacerbated by a widespread shortage of rapid antigen tests (RATs), limiting the ability of workers to test themselves, which has become a hot button issue for voters ahead of an election expected by May.