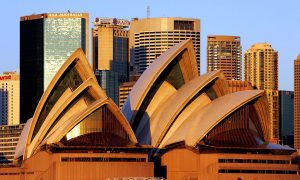 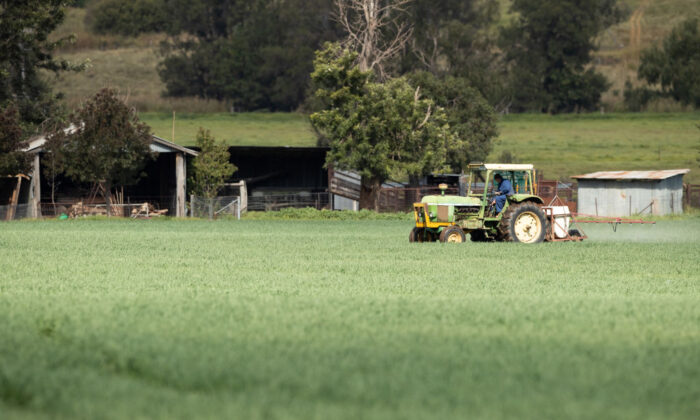 A farmer on a tractor sprays his crop in north west New South Wales on May 05, 2020 in Dungowan, Australia. (Mark Kolbe/Getty Images)
Australia

The Australian government has made it easier for overseas workers to enter the country to fill labour shortages in the agriculture and hospitality industries.

“The centrepiece of today’s reforms is a single streamlined application process for both the PLS and SWP offering more flexibility and less red tape.”

Since the PLS and SWP were reintroduced in September 2020, over 10,600 Pacific and Timorese workers have arrived in Australia, who have been “the lifeblood of many regional businesses” by helping processing meat and harvesting crops.

“The changes announced today will support the Australian Government’s commitment to bring an additional 12,500 workers to Australia by March next year, with 27,000 workers already in the work-ready pool.”

A new website named “The Pacific Australia Labour Mobility (PALM)” was established for employers to join the two programs through a single application.

It is forecast that Australian farmers will achieve a record $73 billion (the U.S.$53.5 billion) this harvesting season due to price increases and higher production volumes. However, around 30,000 overseas workers approved to enter Australia before the harvest season, including 7000 fully vaccinated, are facing being locked out because of state COVID-19 restrictions and hotel quarantine caps.

In New South Wales, farmers are recruiting retired army officers, stood down Qantas pilots, and college students to fill the labour shortage for the upcoming second-biggest wheat crop in a decade.

Industry groups such as AgForce, AusVeg, and the National Farmers Federation are urging state governments to take more flexible quarantine measures, including in homes and on farms for overseas workers. They warned that the casual labour shortage during peak seasons can reach 11,000 workers early next year if international borders are still shut at the time.