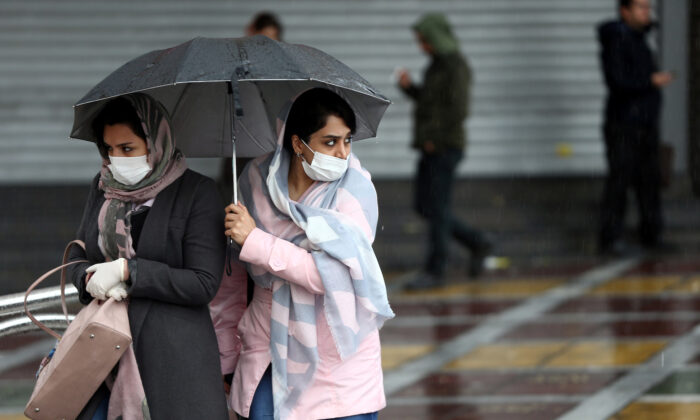 Australia’s government will implement a ban on travelers coming from Iran.

Australian Health Minister Greg Hunt announced after a National Security Council meeting on Saturday that the new travel restrictions will apply from March 1, and noted a “high death rate” in Iran.

He noted that Iran “has very specific characteristics, unfortunately,” and that the country has “the highest death rate” outside of Hubei province in China that houses Wuhan, the epicenter of the coronavirus outbreak.

“There is likely at this stage a high level of undetected cases, and therefore those cases won’t be intercepted or identified on departure from Iran,” he said.

Hunt added that the new restrictions are “consistent with our decisions in relation to China.”

The announcement comes after a case was confirmed in Australia in an individual who went undetected for the coronavirus upon leaving Iran.

The ban will stipulate that people cannot travel from Iran to Australia for 14 days—they will have to spend the time in a third country before being allowed into Australia.

The exception is for Australian citizens and permanent residents coming from Iran, but they will still need to isolate themselves for 14 days after arriving into Australia.

The travel advice for those in Australia is to be upgraded for Iran to “do not travel.”

Australia currently has a total of 25 cases of the coronavirus, 15 of which have reportedly recovered, and the rest in stable condition. No deaths have been reported. The cases include nine in Queensland, four in New South Wales, seven in Victoria, three in South Australia, and two in Western Australia.

Iran has an official record of 388 cases of coronavirus and 34 deaths. This is the highest known mortality rate for the coronavirus outbreak outside China if going by official numbers.

The BBC, citing hospital sources inside Iran, has reported the death toll in Iran could exceed 200. The Epoch Times could not independently verify the report.

Australia’s latest announcement comes as the World Health Organization raised the risk of the spread of COVID-19 to “very high.”