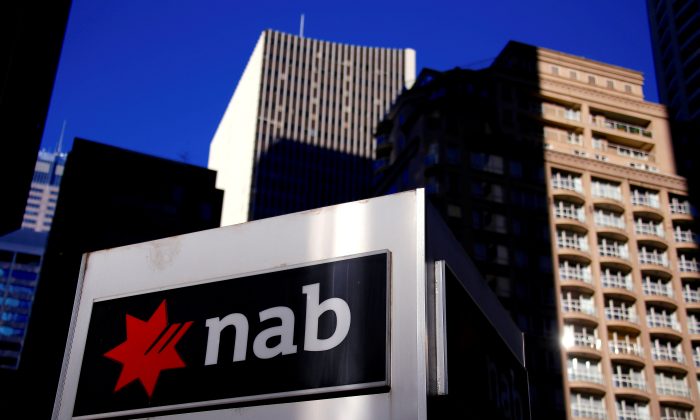 The logo of the National Australia Bank is displayed outside their headquarters building in central Sydney, Australia August 4, 2017. (Reuters/David Gray/File Photo)
Australia

SYDNEY–The Australian government said on Thursday it will hold a wide-ranging inquiry into the finance sector, reversing its long-held opposition amid mounting political pressure and wiping billions of dollars off bank stocks.

The announcement of a year-long Royal Commission throws the spotlight back onto an industry which has sought move on from a series of scandals ranging from misleading financial advice to breaches of anti-money laundering protocols.

The commission, which can compel witnesses and recommend criminal charges, has the potential to be much more embarrassing for the sector than the regular parliamentary questioning of bank CEOs that Prime Minister Malcolm Turnbull has instigated in response to public outrage.

“Uncertainty… over the potential for such an inquiry is starting to undermine confidence in our financial system and, as a result, the national economy,” Turnbull told reporters.

“This is essentially a regrettable but necessary action. The political environment has created a sense of inevitability.”

The inquiry, which must report back by February 2019, will examine any conduct of banks, pension funds, insurers and other financial services firms which “falls below community standards and expectations”, and whether remuneration or governance practices have encouraged it, according to draft terms of reference published by Turnbull’s office.

“It’s going to be costly and take up a lot of time of senior people,” said Matthew Ryland, portfolio manager at Greencape Capital, which holds bank shares.

“The cost-focus banks are probably in a better position to handle that than the sales-focused banks,” he added.

While the commission, which will be headed by either a former or serving judge who has yet to be named, can make wide-ranging recommendations including changes to legislation, it does not have the power to order firms to pay compensation in relation to individual actions.

The Australian government had until now resisted mounting political pressure for a Royal Commission on the grounds that existing policies were working and that such an inquiry would be distracting and undermining to an industry central to the world’s 12th largest economy.

But Turnbull, who has seen his government weakened as questions over dual citizenship caused elected members to quit, reversed position after rural lawmakers in his conservative coalition circulated a bill demanding it. The center-left Labor opposition and the Greens had already expressed their support for such an inquiry.

In a sign the big banks had caught wind of the government’s change of position, the heads of the major lenders published a joint letter earlier on Thursday expressing their support for the commission.

“We now ask you and your government to act to ensure a properly constituted inquiry into the financial services sector is established to put an end to the uncertainty and restore trust, respect and confidence,” said the letter, addressed to Treasurer Scott Morrison.

CBA, Australia’s biggest company by market capitalization, fell the most in response to the news, losing 2.5 percent, while the broader market was down 0.9 percent.

CBA is currently facing a civil lawsuit from the federal anti-money laundering agency, accusing it of enabling more than 50,000 payments of criminal proceeds. The bank is defending the matter, saying the payments occurred but blaming a computer glitch.

This month, ANZ and Macquarie also confirmed receiving complaints alleging sexual misconduct by senior executives – potentially drawing the sector into the same kind of scandals that have recently struck down the careers of more than a dozen public figures in entertainment, politics and media, particularly in the United States.

By Byron Kaye and Paulina Duran