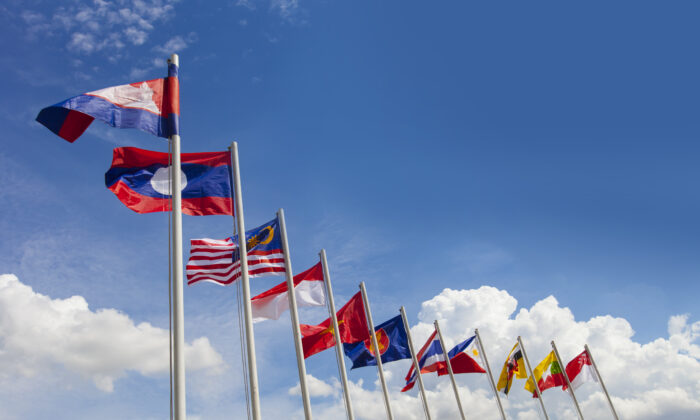 Canberra is strengthening its dialogue within the Indo-Pacific through new investments and diplomatic agreements. Meanwhile, Beijing’s presence continues to loom over the region and its heart—the South China Sea.

For the first time since its debut in 1976, Australia took part in the Association of Southeast Asian Nations (ASEAN) Leaders’ Summit on Oct. 27. While there, it unveiled a new strategic partnership with an attached $154 million (US$115 million) cooperation package—building on an existing $500 million (US$370 million) investment announced last year.

During the G20 summit on Oct. 31, shortly afterwards, Australia proceeded to engage in a similar strategic partnership with ASEAN’s most prominent nation—Indonesia.

Prime Minister Scott Morrison has outlined that this will mean significant bilateral engagement, ranging from the collaboration between educational institutions to developing, financing, and deploying low emissions technologies.

In a joint statement alongside Foreign Affairs Minister Marise Payne, Morrison suggested that the Southeast Asian bloc was critical for Australia in ensuring a stable Indo-Pacific.

“A strong, united, and resilient ASEAN is vital to our region’s success and supports Australia’s own security and prosperity,” Morrison stated.

However, a Political analyst at Curtin University, Joseph Siracusa, said Australia had supported the United States in taking on a growing threat from Chinese soft power by increasing competition within the bloc.

“I think Australia is sort of doubling down on the region because it wants to burnish its credentials, and it wants to do what it can to contain China—that is, to shut them out of investments,” Siracusa told The Epoch Times.

This close cooperation comes amid burgeoning tensions between the Chinese Communist Party (CCP) with many jurisdictions worldwide and throughout Southeast Asia who have grown weary of Beijing’s military expansion into the South China Sea.

Concerns of growing CCP influence had prompted Australia’s largest telecommunications company, Telstra, to lay down $2.1 billion (US$1.6 billion) to take over Digicel, a dominant telco in the South Pacific—including $1.7 billion (US$1.3 billion) worth of financing from the federal government.

In addition to monetary support, Australia has joined the Quad in countering China’s “vaccine diplomacy” after the communist regime leveraged its vaccine shipments to garner soft power influence through the Indo-Pacific and other parts of the world—despite being the inherent cause of the CCP virus pandemic.

Australia has also committed to providing the Indo-Pacific with over 60 million vaccine doses by the end of 2022.

But Siracusa said that while Canberra’s involvement was inevitable, it would have little effect on Beijing’s existing foothold in the ASEAN bloc.

In particular, China has continued to invest heavily in Southeast Asia over the last two decades, including through the sale of arms at competitive prices.

Furthermore, bilateral trade grew to $922 billion (US$685 billion) amid the pandemic in 2020, attributed largely to the migration of China’s manufacturing industries to Southeast Asia.

Siracusa offered several key reasons why Beijing wanted to wrest control of the South China Sea—which currently boasts vast reserves of oil and gas while providing passage for trillions of dollars worth of international trade shipments.

“They’re looking forward to gas, oil and fish,” Siracusa said. “And what they want around them is they want compliant neighbours. They don’t want slaves; they just want them not to kick up a fuss or join somebody who will.”

But China’s attempted control over the South China Sea has still formed cracks between the relations of China and some of ASEAN’s members, including Indonesia, Malaysia, and the Philippines.

The communist regime has controversially laid claim to 90 percent of the area, built artificial islands for paramilitary bases, and crossed into territorial waters of some states. This is despite international law refusing to recognise Beijing’s “nine-dash line.”