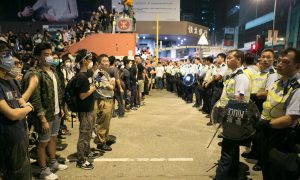 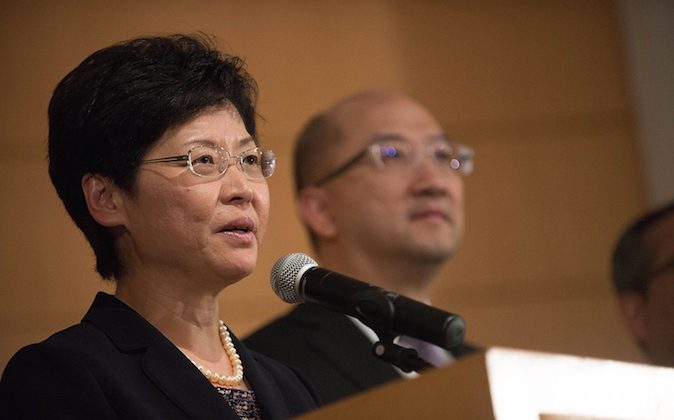 Another dialogue, another opportunity lost for democratic reform in Hong Kong.

Three weeks after the Umbrella Movement began, student activists from the Hong Kong Federation of Students (HKFS) and government officials sat down together at the Hong Kong Academy of Medicine for a televised, two-hour dialogue.

The talks were less of a debate and more of two parties stating their stance on the issue of universal suffrage for the 2017 Chief Executive elections.

For the students, it has always been about securing democratic reforms that were promised to Hong Kong at the Sino-British Joint Declaration of 1984 and set out in the Basic Law of Hong Kong.

“Is this system democratic? Is it free? Is it fair? Is this what we should head towards, with an unfair nominating committee?

“Is it going to be leading us to a fair society, or an unfair society?”

For the Hong Kong government, however, the Basic Law is open to interpretation, and they prefer a less progressive reading of it.

“We must appreciate that constitutional development has always been a complex and controversial topic,” said Carrie Lam, Hong Kong’s chief secretary.

“The Basic Law has clear provisions on the nomination of the Chief Executive by the nominating committee. This is not something new.”

Lam forgot to mention that Article 45 of the Basic Law states that the “ultimate aim” of the Chief Executive selection is election of the nominated candidate by universal suffrage, a step her government is currently taking Beijing’s lead in stalling on.

While Hong Kong’s top lawmakers appeared to be in a conciliatory mood by insisting that they were open to making the nominating committee “more democratic,” and that the 2022 Chief Executive elections could be more democratic, they were in fact tooting the same horn.

“The government officials behaved like a walking recorder, repeating speeches that they had prepared,” sales assistant Gladys Lee told Reuters.

“They didn’t respond to any of the students questions, but said what they had prepared.”

The government representatives settle for one tiny concession: to submit a “sentiment report” to the Beijing central authorities with the protesters concerns.

Given the Hong Kong government willingness to accept decisions from the Standing Committee of the National People’s Congress (NPCSC) with little opposition, however, the “sentiment report” could at best be an empty gesture, and at worst, distort the pro-democracy camp’s views.

Either way, the “sentiment report” would unlikely help Hongkongers’ struggle to secure the democracy it was promised thirty years ago.

Carrie Lam didn’t mention police brutality at the dialogue, but Raymond Tam, one of the five government representatives, “accidentally” revealed just how much he cares about the welfare of the pro-democracy protesters.

The Hong Kong government can continue to be the road block to genuine democratic reform in Hong Kong, but they would do well to heed the closing words of student representative Lester Shum (via Quartz):

“Will you show leadership and be brave enough to take forward the democratic process, or will you go down in history as the ones that deprived Hong Kong of democracy?

“The decision is up to you.”