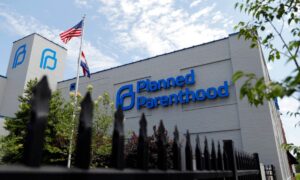 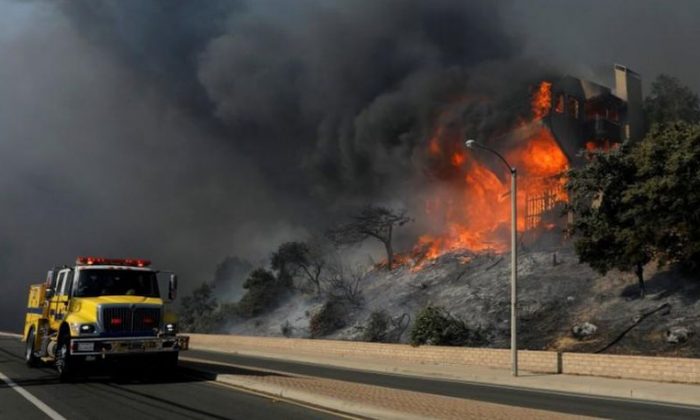 A fire crew passes a burning home during a wind-driven wildfire in Ventura, California, U.S., December 5, 2017. REUTERS/Mike Blake
US News

More than 1,000 firefighters battled an unrelenting wildfire on Wednesday that threatened more than 12,000 homes in and around Ventura, the biggest of several uncontrolled Southern California blazes fanned by intensifying dry Santa Ana winds.

The Thomas Fire raged in the foothills above and in the city of Ventura some 50 miles (80 km) northwest of Los Angeles, fire officials said late Tuesday. The blaze, which began on Monday, had charred more than 50,000 acres, they said.

“We are still in the middle of an aggressive and active firefight on the ground,” said Robert Welsbie, spokesman for the Ventura Fire Department. “If the winds pick up, we will face quite a challenge.”

There are several wildfires burning in Southern California. This hillside fire is burning very close to the Getty Museum. pic.twitter.com/TyVMxOPiv9

"The fire has moved so fast, it is so big and it really hard to predict, I think it is overwhelming to everyone" https://t.co/Vw7aswoU4o

The fire, which was entirely uncontained, was being whipped by unpredictable Santa Ana winds, which blow in from the California desert. Wind gusts were forecast to top out at 70 miles per hour (115 km per hour) on Wednesday and remain strong through the week.

There were no immediate reports of fatalities, Welsbie said.

Some 1,000 firefighters battled to save homes, with one suffering a minor injury, Welsbie said.

The Los Angeles Fire Department responded to a nearby small but growing 50-acre brush fire early Wednesday that forced the partial closure of heavily traveled Interstate 405, near scenic Mulholland Drive. The nearby Getty Center museum shut down for the day to protect its art collection from smoke damage, it said.

A mansion burns in Ventura, California, where fire officials say the high winds and the intensity of the blaze have made it virtually unstoppable. https://t.co/h2znfy8iLl pic.twitter.com/Q4oPJ3cR1A

California Governor Jerry Brown declared a state of emergency on Tuesday, freeing state funds and resources to assist. More than 250,000 homes lost power, utilities said. Classes were canceled at all schools in the Ventura Unified School District on Wednesday.

Thomas was the largest of a number of wildfires that broke out across Southern California following the onset of the Santa Ana winds. In the San Fernando Valley north of Los Angeles, the Creek Fire had blackened more than 11,000 acres and forced the evacuation of 2,500 homes and a convalescent center north of Interstate 210.