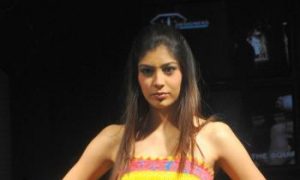 Chelsea lost further ground in the Barclays Premier League title race as a 3–3 draw with Aston Villa at Stamford Bridge on Sunday meant they had to settle for only one point and fifth place in the table.

In fact it could have been worse for the champions as they were behind for most of the second half until a dramatic finale saw them grab two goals in the final seven minutes of normal time. When “Captain Fantastic” John Terry scored with a rare shot from the edge of the penalty box with barely seconds left on the clock it seemed the match had been turned on its head.

Yet with the board showing that there would be a full five minutes of stoppage time, there was still the prospect of further drama and so it proved.

Villa surged forward again while the Chelsea fans were still celebrating, and two of their most exciting young prospects, Marc Albrighton and Ciaran Clark, combined to stun the crowd into stony silence. Perhaps John Terry was still elated by his fine strike at the other end, but it was uncharacteristically sloppy defending on Chelsea’s part that allowed Clark to steal in unmarked at the far post and head home Albrighton’s pinpoint cross completely unchallenged.

Chelsea had started the game well with lots of possession, although Villa arguably looked more dangerous when the likes of Ashley Young, Stuart Downing or Gabby Agbonlahor came within sight of goal.

But the home team got their break after 22 minutes when James Collins fouled Florent Malouda in the area and Frank Lampard did the business from the spot.

Ciaran Clark and Richard Dunne both squandered opportunities to level things up until another clumsy penalty area challenge—this time at the Chelsea end of the ground—saw Michael Essien upend Nigel Reo-Coker and give Ashley Young the chance to send his team in at the break with the match all square. He made no mistake.

Immediately following the re-start Villa went back on the offensive and within a minute they were ahead. Emile Heskey climbed above the Chelsea defenders to convert a typical Stuart Downing cross.

Villa were then forced on to the back foot, with keeper Brad Friedel earning his wages on more than one occasion, until finally cracking under the strain in the 83rd minute.

With the ball bouncing off bodies in the Villa area like a game of pinball, Didier Drogba slotted home with the aid of a deflection off Carlos Cuellar. Then six minutes later it was a header from Drogba that Friedel was unable to hold and found its way back to Terry on the edge of the area.

The Chelsea skipper coolly placed his shot through the crowd of players and into the net.

One would have expected an outfit of Chelsea’s pedigree to see it through having got their noses in front, but Villa were not about to give this one up and Clark grabbed the dramatic stoppage time winner for his team.

Carlo Ancelotti was understandably disappointed and admitted that: “We were not able to maintain concentration until the end."

Nonetheless, this was another wonderful advertisement for the Premier League and no spectator could complain that they had not received value for money.

In the day’s only other fixture, Newcastle United came away from the DW stadium with a hard earned 1–0 win over Wigan Athletic.

Deputizing for the injured Andy Carroll, Shola Ameobi scored what proved to be the winner in the 19th minute. Ameobi showed his goal poacher’s instincts after Joey Barton had an effort blocked and Peter Lovenkrands followed up only to see his attempt rebound off the upright.

The match became something of a scrap as Wigan endeavored to make something happen and the Magpies were determined to hang onto what they had, but there was to be no further scoring.

The victory takes Newcastle into 10th place with Wigan still in trouble sitting fourth from bottom.