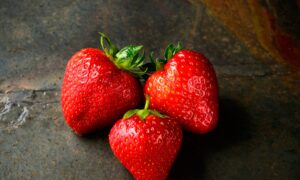 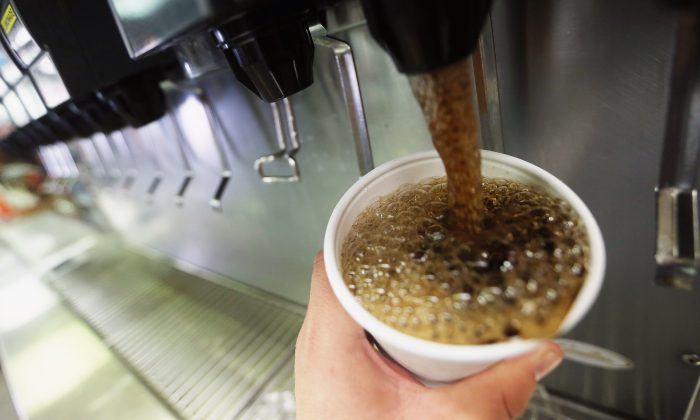 Soda is the most common source of caffeine throughout the study for older children and teens; for those up to age 5, it was the second most common after tea. (Illustration by Mario Tama/Getty Images)
Fitness & Nutrition

An aspartame patent revealed that manufacturers have used the feces of E.Coli bacteria that was genetically modified.

The European patent for the artificial sweetener was posted online this week, reported UPI on Monday. It pointed out that this has been known for the past 14 years.

But the recent revelation will likely pile on more criticism of aspartame, which has been subjected to a number of medical controversies. For a time, Monsanto was one of the main producers of Nutrasweet and Equal, but those subsidiaries were sold in 2000, and the company no longer produces it.

In the patent, it says that “cloned microorganisms”—E.Coli—are modified to produce large amounts of peptide, which is then used to manufacture aspartame, according to UPI.

The bacteria defecates proteins that contain the aspartic acid-phenylalanine amino acid segment that is needed to produce the artificial sweetener.

The patent said, “Aspartame holds significant promise in replacing sugar as a sweetener. However, because sucrose is a relatively inexpensive substance, aspartame, if it is to gain widespread commcial acceptance, must be produced for a price which is reasonably competitive with sucrose.”

With the controversy surrounding the allegedly carcinogenic nature of aspartame, a number of companies like Coca-Cola and even former maker Monsanto have defended using the substance.

“A significant amount of scientific research on aspartame has been performed, and the FDA asserts that aspartame does not cause any diseases or illnesses. Aspartame remains legal in the U.S. and is still approved for general consumption by the FDA,” Monsanto says on its website.

But Andy Bellatti, a registered dietitian based in Las Vegas, told AP that “even if (aspartame is) 100 percent safe to use, it’s still problematic from a nutrition standpoint.” Bellatti said that foods and drinks aren’t necessarily healthy for people just because they have no calories. He contends that Aspartame and other sweeteners get people hooked on them rather than healthier choices.