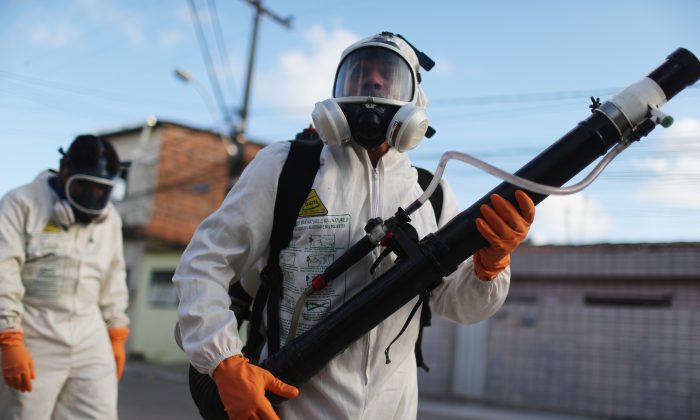 The Zika virus is spreading rapidly in Latin America, and Asian governments have issued advisories in a bid to contain the mosquito-borne disease, which could be linked to birth defects and can cause temporary paralysis.

A look at some of the measures announced:

The Ministry of Health and Welfare included the Zika virus among infectious diseases monitored as potential health threats. Doctors can face fines of up to 2 million won ($1,654) for failing to report patients infected or showing symptoms of infection.

The Korea Center for Disease Control and Prevention has also been sending text messages to people traveling in regions where Zika has spread to inform them of the disease and preventive measures.

The Department of Health has advised pregnant women to consider deferring non-essential travel to Zika-hit countries and reiterated its warning to the public to destroy all breeding places of mosquitoes, which can spread dengue and other tropical diseases.

No current Zika cases have been reported in the country but in 2012, a 15-year-old boy reportedly was infected in central Cebu city but recovered fully, according to health department spokesman Dr. Lyndon Lee Suy.

Health officials have worked to raise public awareness about ways to prevent infections, including by using insect repellents and wearing protective clothing.

“We’ve repeatedly urged people not to be hard-headed and keep their surroundings clean and mosquito-free. Again, let’s not spring into action only when an infection’s already here,” Lee Suy said.

Health authorities have asked travelers from South and Central America who display symptoms such as fever and rashes to immediately report to health centers.

Deputy Health Director Dr. Lokman Hakim Sulaiman said the move was imperative as it was not practical to conduct public health screenings at national gateways.

“The virus is difficult to detect and there is no quick point-of-care test which can be used,” he said.

The virus is difficult to detect and there is no quick point-of-care test which can be used.
— Dr. Lokman Hakim Sulaiman, deputy health director, Malaysia

Japan’s Foreign Ministry urges women to try to avoid traveling to Brazil and other affected countries during pregnancy, and advised all travelers to the region to use caution. It suggested wearing long sleeves and pants, using mosquito sprays and avoid leaving out buckets and other containers that can catch water, and report to medical institutions in case of developing suspected symptoms.

Explainer: Where Did Zika Virus Come From and Why Is It a Problem in Brazil?

The Department of Foreign Affairs and Trade is advising pregnant women to avoid travel in areas where Zika is active.

The federal government is also asking Australian doctors to look out for signs of Zika infection in travelers returning from affected areas. A spokeswoman said Australian laboratories could diagnose the virus if required.

Cambodia’s only Zika case recovered in 2010 after treatment.

Health Minister Shri J. P. Naddahas has stressed controlling the spread of Aedes mosquitoes that transmit dengue and the Zika virus and breed in clean water.

“Community awareness plays an instrumental role in this regard,” he said.

India is also stepping up surveillance and has set up a technical group to monitor the situation.

Secretary for Food and Health Dr. Ko Wing-man also said that because only up to one quarter of the infected persons might develop relatively mild illness, “the attention was therefore not too big.”

Aedes mosquitoes are not found in Hong Kong, but the secretary said other species of mosquito present in the territory are also considered as possible carriers of the disease.

The Vietnamese health authority has warned people coming from countries with the Zika virus to monitor their health for 14 days and if they develop fever to report to medical facilities.

The health authority also warned people to empty water containers and use mosquito nets to prevent the possible spread of the virus.