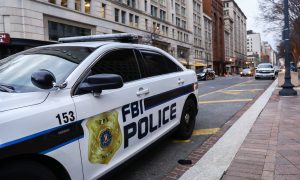 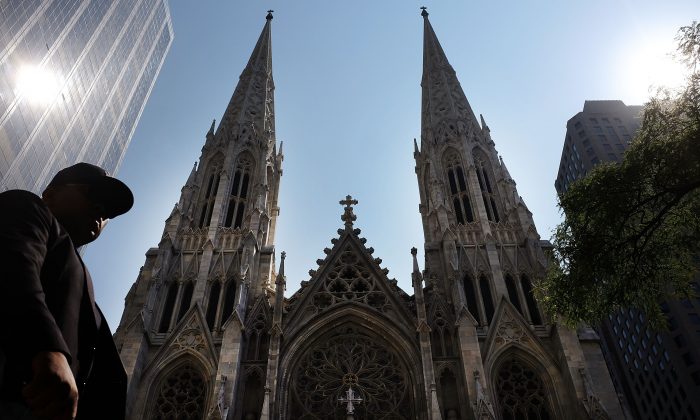 NEW YORK—Scores of people in New York state who were sexually abused as children sued institutions, including the Roman Catholic Church, on Aug. 14, the first day a new law temporarily enabled them to file lawsuits over decades-old crimes.

By the close of business of Wednesday, 427 such lawsuits had been filed in courts across the state, according to a courts system spokesman. The vast majority of them were against the Church and its various dioceses in the state, as claimants accused priests of sexually abusing them as children and Church leaders of covering up the priests’ crimes, according to state court records.

The state’s landmark Child Victims Act includes a provision that lifts for one year a statute of limitations that had barred older complaints and which critics said was too restrictive. Although the majority of the new lawsuits appeared to be against the Church, other people sued schools, hospitals and individuals, and at least two people sued the Boy Scouts of America.

Previously, most victims of childhood sexual abuse only had until the age of 23 to bring criminal charges or to seek damages in civil lawsuits.

James Grein, now in his early 60s, was among those who sued the Church on Wednesday morning. He said that he was sexually abused as a child for years in New York and elsewhere by the priest who had baptized him, Theodore McCarrick, and sued the Church for negligence. McCarrick would go on to become one of the most powerful figures in the Church, serving as archbishop of Washington from 2001 to 2006.

The Vatican defrocked McCarrick in February after finding him guilty of sexually abusing children and adults, making him one of the most high-profile Church figures to be dismissed from the priesthood in modern times.

In a news conference outside St. Patrick’s Cathedral in Manhattan, Grein told reporters he was both joyful and “shaking like a leaf.”

“It’s our historical gift from God that we can possibly go forward today and get this done,” he said. “I’ve been waiting years. I’ve suffered many, many years.”

His lawyer, Mitchell Garabedian, who has represented victims of clergy sex abuse for over a decade, said they would use the expected jury trials to learn more about what Vatican officials knew at the time the abuse was happening.

“The cover-up has ended, and now we’re going right to the top,” Garabedian said. “Take away their robes, take away their religion, and they’re just criminals.”

Pray for ‘Peace and Healing’

The Roman Catholic Archdiocese of New York said in a statement on Wednesday that it had anticipated facing new lawsuits with the change in the law.

It said it would continue to “invite people to consider” a compensation program created in 2016 for people sexually abused by its clergy, including those previously excluded from suing by the statute of limitations.

So far, the archdiocese has paid more than $66 million in compensation to 335 victims, as determined by a board of arbitrators and funded by a loan secured against its valuable real estate portfolio. In accepting the compensation, those victims have waived their right to sue in court, the archdiocese said.

“While we carefully review the claims made in these suits, we ask that people pray for peace and healing for all those who have suffered from the sin and crime of the sexual abuse of minors, wherever it occurred,” the archdiocese’s statement said.

At least two lawsuits were also filed against the Boy Scouts of America, which is based in Irving, Texas. One accused the national organization of knowingly employing thousands of leaders who were suspected of molesting children.

The Boy Scouts of America said in a statement on Wednesday that it “strongly supports efforts to ensure that anyone who commits sexual abuse is held accountable,” apologized to anyone harmed during their time in the organization and said it paid for victims’ counseling.

“We do, however, have concerns with reforms that impose retroactive liability on organizations that did not have actual knowledge of the specific misconduct underlying an allegation of abuse,” the group said in response to questions about the new law.

At least one woman who said she was sexually abused by the late Jeffrey Epstein as a child sued the disgraced financier’s estate early on Wednesday, and more were expected to follow.

One law firm, Weitz & Luxenberg, said it would sue on behalf of 400 people under the Child Victims Act just in New York City, with plaintiffs ranging from teenagers to people in their 90s. Statewide, the firm said it was representing more than 1,200 people who were victims of sexual abuse as children.

A separate group of law firms, including Seeger Weiss, said it would represent at least 170 plaintiffs across the state, many with complaints against the Roman Catholic Church.

After the one-year period expires, victims will have until the age of 55 to sue alleged abusers.

By Matthew Lavietes and Jonathan Allen