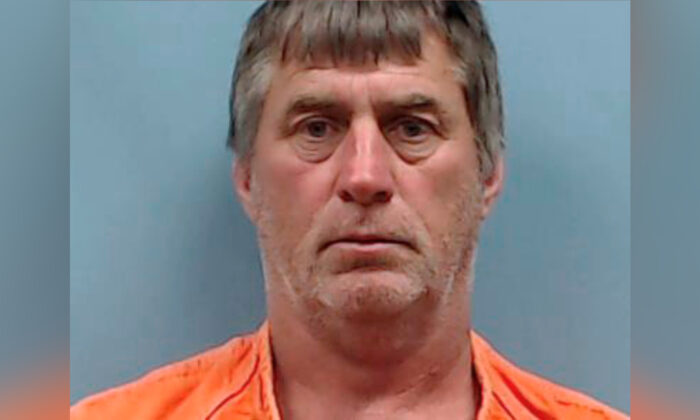 ARKADELPHIA, Ark.—Prosecutors have charged a southwest Arkansas man with 132 counts accusing him of sexually assaulting 31 children over 25 years.

Court records show Barry Walker, 58, of Glenwood, is charged with rape, engaging a child in sexually explicit conduct, computer exploitation of a child, producing or directing a sexual performance by a child and distributing or possessing material depicting child sex.

Prosecuting Attorney Dan Turner said Thursday that all of the victims were girls who were younger than 14.

“Initially, it was reported by a victim, which led to the defendant’s residence” and discovery of the other victims, Turner said.

Affidavits filed in the case say victims told investigators that Walker raped them. Authorities found videos of the rapes taking place, including with other children present, the documents say.

A woman who answered a phone call to public defender Winston Mathis, who was appointed to represent Walker, declined to identify herself and said that Mathis is prohibited by public defender rules from commenting.

Walker has pleaded not guilty to many of the charges and awaits arraignment next week on the remaining counts, according to Turner.

The crimes occurred from 1997 until earlier this year, according to court documents.