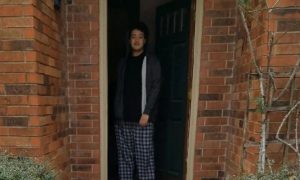 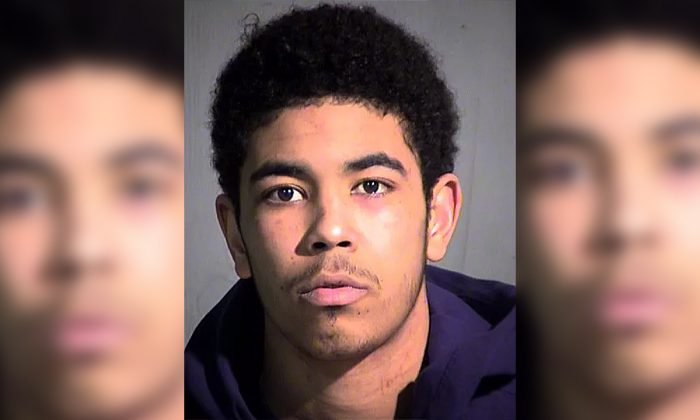 A 21-year-old man is in custody, charged with shooting an off-duty Arizona fire department captain in an apparent road rage incident.

Parks turned himself into police shortly after noon on Sunday, after the shooting incident, which took place around 2:30 a.m. Sunday, according to AZFamily.com.

Police questioned Parks for almost six hours before placing him under arrest, according to the Scottsdale Police Department.

AZFamily reported that Parks had spent the night visiting local nightclubs, and had been kicked out of several, before his encounter with the Brayer. Parks reportedly said he felt justified in using violence because he felt threatened when he saw the victim walking back toward his car.

Brayer and a group of friends were heading southbound on Civic Center Plaza, approaching Stetson Drive, the police stated.

A man in a red Toyota Scion started tailgating the golf cart and then began ramming it. The golf cart pulled over. Brayer exited and walked back toward the red car. When he reached the driver’s side window, the driver shot him in the head.

The driver of the Scion then sped away from the scene, colliding with several other cars as he made his get-away eastbound down Stetson Drive.

AZFamily reported that according to police, Parks later called 911 asking for information about the shooting. He then said on the 911 call—most of which was recorded—that he was the shooter.

Parks turned himself into the Phoenix Police Department, where after questioning he was booked for second-degree murder—intentional, before being transported back to Scottsdale.

Our thoughts are with all of #Tempe Fire Captain Kyle Brayer's family and friends.❤️ #abc15 pic.twitter.com/Gbk1giO12P

Kyle Brayer had not wasted any of his 34 years of life. He served in the U.S. Marines, traveled the world seeking adventure, a first responder, and captain of Ladder 276 and the technical rescue team at Tempe Fire Station 6 on South Ash Street.

Tempe lost one of our own today to an act of senseless violence. Fire Captain Kyle Brayer was a valued member of our Fire Medical Rescue Team & my thoughts go out to his family, friends & fellow firefighters. If you have info on this horrific crime, please contact Scottsdale PD.

AZFamily interviewed many of Kyle Brayer’s longtime friends, who remembered him as a brave man who sought out challenges to overcome.

“Anybody that looks back on his life knows that he lived it to the fullest every single day. And more than anything though, he was a nice guy to everybody,” said another lifelong friend, Justin Sharp.

“You know talk about someone that crammed 100 years of living into 34 years and that pretty much sums it up. He helped run the cadet program for Tempe Fire Department, he taught the Fire Fighter Fitness for MCC, he owned a personal training business,” Sharp added.

“You look at the accomplishments he’s made and he left a mark on the fire department. He left a mark on the Marine Corps, with his friends and family. He mentored a lot of us. Everyone looked up to him because of how he lived his life,” Sharp continued.

“The legacy that he left behind, he lived his life to the fullest and family was everything to him, whether it was the Marine Corps family, the fire department family and most importantly, his immediate family and friends,” he said.

‘Successful at Everything He Did’

After high school, Kyle Brayer attended Arizona State University, where he played hockey—and as with most things he did in life, he did it exceptionally well.

Josh Reynolds was a friend of Brayer and had played hockey with him in the 2011 World Police and Fire Games in New York. Reynolds told AZCentral.com, “He was the total package. He was successful at everything he did and will be missed by all.”

After school, Brayer signed up to serve his country. “I had wanted to be a Marine since I was 10 years old,” he said in an interview on the ASU website.

Brayer spent nine months in Iraq, where he specialized in building bombs and rockets. Next he was stationed in the Philippines, where he administered humanitarian aid.

Brayer was very interested in physical fitness and training—so much so that he was put in charge of the Marine Corps Fitness Program.

Between deployments Brayer opened a fitness studio, and when he returned to civilian life, he joined the fire department, continued to build his fitness business, and enrolled in Mesa Community College, where he studied wellness foundations and public administration.

He went on to teach fitness classes at Mesa Community College—while running his business and working 56 hours a week as a firefighter.

One of the achievements of which Kyle Brayer was proudest was helping launch the Veterans Telemedicine Program in 2016. This program provides in-home medical care to high-risk veterans in the Tempe area.