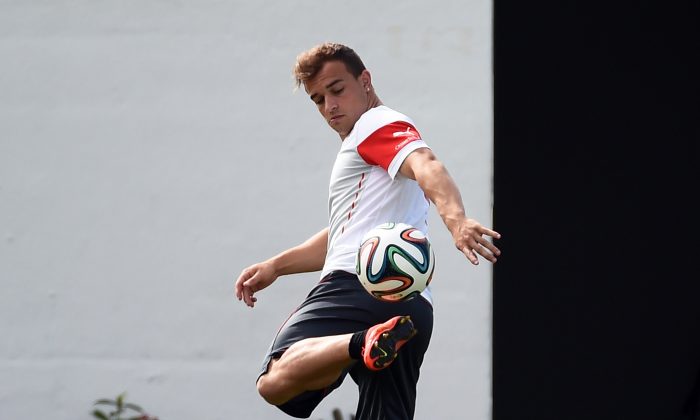 Switzerland's midfielder Xherdan Shaqiri takes part in a training session on June 29, 2014 at the Municipal Stadium in Porto Seguro, during the 2014 FIFA World Cup in Brazil. (ANNE-CHRISTINE POUJOULAT/AFP/Getty Images)
Soccer

Argentina and Switzerland are scheduled for a World Cup 2014 round of 16 match on Tuesday, July 1.

The game will be broadcast on DIRECTV Argentina and Canal 7 TV Publica in Argentina, as well as RTS Sport, RTS Deux, TF1 Suisse, SRF zwei, and RSI La 2 in Switzerland.

Live stream is available on BBC iPlayer and Watch ESPN.

See an Associated Press preview of the game.