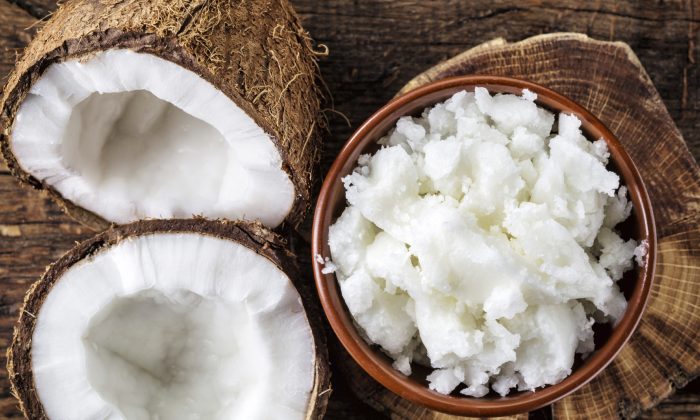 Are We Coming Closer to Eating the Holy Grail of Anti-Aging?

A ketogenic diet may unlock the secrets to the fountain of youth.

In the late 1940s, Denham Harman PhD, an accomplished chemist, became so fascinated with the idea of finding a cure to ageing that he decided to go back to school and study medicine. In 1953, while still an intern at Berkeley in California, he proposed a radical new theory called the ‘the free radical theory of ageing’. In this theory, he declared that ageing is caused by reactive oxygen species accumulating within cells. Denham then noticed that it wasn’t simply the accumulation of reactive oxygen species that affected lifespan, but the damage these reactive oxygen species were inflicting on mitochondria. So, he modified his theory and gave it a new name: ‘the mitochondrial theory of ageing’. Harman changed the course of anti-ageing research forever.

What Are Reactive Oxygen Species?

Mitochondria are energy ‘factories’ within cells. They produce ‘packages’ of energy in the form of the molecule ‘ATP’. In the process of energy production, single electrons escape from the ‘factory line’ and react with oxygen molecules to form free radicals such as peroxide and superoxide. These free radicals react with everything and can wreak havoc, this is why they are called ‘reactive oxygen species’. Excessive levels of these reactive oxygen species cause damage to the mitochondria themselves. They can be ‘mopped up’ by anti-oxidants and mitochondria usually contain anti-oxidants that do this but these may decline in number, over time and with age. As a result, high levels of reactive oxygen species start to accumulate and cause mitochondrial damage.  Dysfunctional mitochondria can no longer produce enough energy and ‘starving’ cells may degenerate and die. Brain cells are extremely dependent on their mitochondria for energy and most diseases of old age seem to affect the nervous system, giving credibility to Denham’s theory.

In 1999, another anti-ageing expert, Professor Vladimir Skulachev of Moscow State University, proposed a similar theory on ageing which he calls ‘Phenoptosis’. In this theory, mitochondrial death from reactive oxygen species leads first to cell death, then organ death and that then kills the whole organism. The bottom line of these theories is if we want to live longer, we need to look after our mitochondria.

The advice universally given out over the past few decades where we have been told to eat plenty of fruit, chocolate, tea and various other things because they all contain anti-oxidants, is based on these theories. If we eat anti-oxidants, we can prevent our mitochondria from being damaged by excessive reactive oxygen species. The problem is that eating more anti-oxidants doesn’t seem to have much of an effect on longevity, as some studies have shown. One reason may be that the anti-oxidants we eat may not actually reach their target and enter into the mitochondria that need them.

While all this has been happening, the worlds of neurological and oncological research have been intensely investigating the effects of a very unconventional way of eating. This way of eating seems to be having a strikingly positive effect on some neurological conditions. It contradicts virtually every bit of nutritional advice we have ever been given. We are always told to eat more fruit, but for this way of eating, fruit is off the menu. So are grains (even whole grains), starchy vegetables (even ones such as sweet potato) and all sources of anything sweet. We have always been told to avoid saturated fats and cholesterol but for this diet, eggs, cheese and virgin coconut oil all come highly recommended. This way of eating is known as the Ketogenic Diet. It results in the body running on an alternative source of fuel to glucose: ‘ketones’.

People on a ketogenic diet enter into a state of what is termed ‘physiological ketosis’ which is very different to the life-threatening ketoacidosis.

The body starts to manufacture ketones from fat when carbohydrate intake is drastically restricted, the protein intake is kept moderate and fat intake is increased. Medium chain triglycerides, known as MCTs, are turned most easily into ketones and virgin coconut oil is one of the richest sources of MCTs found in nature. People on a ketogenic diet enter into a state of what is termed ‘physiological ketosis’ which is very different to the life-threatening ketoacidosis seen in the setting of diabetes. In physiological ketosis, the blood ketone level should be monitored and kept within safe limits.

The Ketogenic Diet and Mitochondria

According to Denham and Skulachev, if we want to live longer, we need to look after our mitochondria.  A growing number of studies seem to suggest that one way of doing this may be through a ketogenic diet. Its effects on mitochondrial function are almost too good to be true.

1) It increases mitochondrial numbers: A ketogenic diet has been shown to increase numbers of mitochondria within rat hippocampal neurons.

2) It raises anti-oxidant levels: A ketogenic diet increases the levels of anti-oxidants within mitochondria.

If we want to test the effectiveness of the ketogenic diet on promoting longevity, a good place to start would be to see if this diet has any effect on age-related diseases such as Alzheimer’s disease and Parkinson’s disease. Studies on mouse models have offered positive results in both. Giving ketones to mouse models of Alzheimer’s and Parkinson’s diseases protects their hippocampal cells from neurodegeneration. The ketone ‘acetoacetate’ has been shown to protect mouse brain cells from experimentally induced neurotoxicity. There is one randomized, double-blind, placebo-controlled, study looking at the effects of taking an oral ketone every day for 90 days in 152 people with mild to moderate Alzheimer’s disease. The participants had improved their cognition (some more than others) by the end of the study period. A smaller study on people with Parkinson’s disease who followed a  ‘hyperketogenic’ diet for 28 days also showed positive results. It seems a ketogenic diet is passing the age-related disease test, although we need many more large-scale studies until we can be completely certain.

Doing controlled longevity experiments on humans is not easy as it would take about a century to test the effects of the ketogenic diet on normal human ageing. So, instead, we could take disease that makes people age abnormally fast and see if a ketogenic diet makes any difference.  Once such disorder is Cockayne syndrome. Patients suffering from Cockayne syndrome have a mutation in genes involved with DNA repair and so they age very fast. A study has shown that when 4-month old mice with Cockayne syndrome are given a high fat diet (which raises levels of the ketone beta-hydroxybutyrate in their blood) for 8 months, they are ‘rescued’ from several aspects of premature ageing.  This is the closest we can get to seeing the effect of a ketogenic diet on ageing. The results are astounding although again, we need more studies until we can be sure.

According to the Hippocratic oath  ‘First, do no harm’ we must first test the absolute safety of this way of eating before it is recommended for use by healthy individuals. There may be situations where it could end up doing more harm then good and we need to test its long-term effects.

It is becoming universally acknowledged at this stage that reducing sugar intake is extremely beneficial to health and cutting sugar intake is central to this way of eating. Emerging studies also point at the importance of looking at the underlying biochemistry when recommending a ‘healthy’ diet and we might need to start moving away from focusing on single foods. Take ‘fat’ for instance. Eating a very large amount of fat can in the absence of carbohydrates can reduce the risk for heart disease but eating a very large amount of fat in the presence of carbohydrates can have the opposite effect and seriously elevate the risk.

Glowing reports of the positive effects of a ketogenic diet continue to flow in but we must remain cautious and wait for some more evidence. If future studies continue to confirm its positive effects on mitochondria and if Harman was indeed correct about his ‘mitochondrial theory of ageing’ then the ketogenic diet has the potential to be the holy grail in our quest for a long life. We need to watch and wait. For those that are on the diet, this wait could turn out to be very long, indeed!