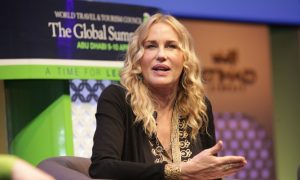 Are Older Fathers Really More Likely to Have Autistic Children?

Last month, the actress Maggie Gyllenhaal provoked outcries among feminists when she revealed that a Hollywood producer told her while casting for a film that at 37, she was too old to play the love interest of the male lead, who was 55.

The incident was presented as evidence that Hollywood was still helmed by a retrograde, discriminatory establishment, out of touch with the era in which Hillary Clinton, 67, has the potential to become the most powerful person in the world — U.S. president — by the end of next year.

But even as glass ceilings are shattered and wage gaps close, one kind of gender inequality—which bears a striking resemblance to the age disparity found in Hollywood, with its pairing of older men and younger women —refuses to budge: the fecundity gap.

As more and more women delay childbirth in their climb up the corporate ladder, many come to regret waiting too long, producing stories of failed IVF treatments, mounting debt, and an empty cradle.

Not only does fertility sharply decline as a woman enters her mid-30’s, the likelihood of birth defects — most notably down syndrome — shoots up. An infant born to a 35-year-old mother has a 1 in 100 chance of having down syndrome; that figure becomes 1 in 30 for 45-year-old mothers.

Researchers have found a troubling link between advanced parental age — especially paternal age —and an assortment of psychiatric disorders.

Meanwhile, men can expect to part from their virility only when they part from life itself, and often have no trouble conceiving healthy children well into their 70’s. Rupert Murdoch, the 84-year-old who just stepped down as CEO of his media empire, had two children in his 70’s.

In the past decade, however, researchers have found a troubling link between advanced parental age — especially paternal age —and an assortment of psychiatric disorders, a link that could burden older fathers with the same responsibility for their future child’s health as older mothers, and establish the notion of a male “biological clock.”

Earlier this month, an analysis of the mental health records of 5.7 million children found a correlation between advanced parental age (APA) and autism. Children whose fathers who were over 50 at the time of birth were 1.66 times more likely to suffer from autism spectrum disorder (ASD) than those born to fathers in the 20–29 age bracket. For mothers, those in the 40–49 demographic were 1.15 times as likely to give birth to children with ASD compared to women in their 20’s.

“The size of the study speaks to the definitiveness of the findings,” Michael Rosanoff told Yahoo News. Rosanoff is co-author of the study, published in Molecular Psychiatry, and a director at Autism Speaks, the advocacy group which funded the study. “We can now say confidently that advanced paternal and maternal age is a risk factor for autism.”

The link between APA and autism is not a novel discovery. Previous studies — drawing almost exclusively from databases in Scandinavian countries, which have kept the best records of mental health histories — have found correlations between APA and a litany of other disorders, including autism.

When a comparison was made for siblings born to the same father, and when the risk factor was adjusted for the environmental factors that might advantage the younger sibling and thereby compress the risk ratio—such as the older father having a higher income — the 1.5 figure shot up to 3.5. In other words, in a hypothetical world where all other factors were equal, 45-year-old fathers were 250 percent more likely to have autistic children.

Epidemiologists are still in the early stages of investigating the causal mechanism for the link between advanced parental age and various psychiatric and neurodevelopment disorders, but the most popular biological explanation at the moment is called “de novo” theory.

De novo theory begins with the observation that as men age, more genetic mutations (specifically single nucleotide polymorphism, or SNP, mutations) are passed onto the next generation, mutations that increase exponentially with age. The theory posits the heightened levels of SNP mutations as the cause behind the correlation between parental age and various mental disorders, which include not only autism but also schizophrenia.

If true, de novo theory would pin the responsibility for the risk factors associated with APA mostly on men, who generate their sex cells throughout their lifetime, and not women, who start life with all the eggs they’ll ever have. One mother of a mildly autistic child wrote in 2012 that she “wanted to sing with relief and joy” after reading reports about the connection between older fathers and autism.

The genetic basis of psychiatric illnesses are multivariable and complex, and can’t be tested for.

The connection between these mutations and mental disorders aren’t something geneticists can sequence in a lab — the genetic basis of psychiatric illnesses are multivariable and complex, and can’t be tested for, unlike Huntington’s Disease or other simple mutation-based diseases. The relationship is largely statistical, but then, so to was the initial connection made between smoking and lung cancer — at first, all the scientists had were records of the parallel rise of the two phenomena.

Should the recent cache of studies that link parental age and mental disorders spur young couples to start having children now, or more drastically, caution older couples to refrain from having children altogether? Most researchers have been hesitant to make any social prescriptions based on the studies, and for good reason.

Age and the physiological deterioration that comes with it is but one factor in the determination of disorders in one’s progeny. For these correlations to be conclusive, one would have to assume that all the other risk factors behind autism were identical for parents in the different age brackets.

The Molecular Psychiatry study itself demands non-biological factors to explain all the patterns found in the data. For instance, heightened risk for bearing children with ASD is not only found in older mothers, but also in mothers who gave birth under 20.

The explanations for why this might be are numerous: younger mothers are more likely have a lower socioeconomic status; teenage mothers tend to have less impulse control, which could correlate with the disorder.

One reason that militates against a purely biological explanation of the pairing of between autism and APA is that attempts to establish a similar causal link between APA and schizophrenia have been strongly disputed in recent surveys of the data.

A 2014 analysis of the mental health records of almost 3 million people in Denmark found that a child of a 45-year-old father was 1.5 times as likely to suffer schizophrenia compared to a children born to a 25-year-old father. In their discussions of the results, the authors did not lean heavily on de novo theory, referencing an earlier study that cast doubts on the attribution of schizophrenia to APA.

One of the things the Petersen did was control for the age of the father at first childbearing — this could adjust for the differences in psychological profiles of men who father children at 25 and 45, which could account for the difference in schizophrenia among their children — comparing the rates of schizophrenia for children born to fathers at age 25 to those born to fathers at age 45, but who had also had their first child at 25.

In short, if you’re the second or third child of a father who was 45 when you were born, but your oldest sibling was born when your father was 25, you’re no more likely to suffer from schizophrenia than children born to 25 year old dads.

One hypothesis explaining the data was that those predisposed to father children with schizophrenia had behavioral or genetic traits that made them more likely to have their first child later in life.

If not difficult to see why that might be the case. Numerous types of psychiatric disorders, including schizophrenia, have a strong hereditary component — and many people suffer from a bundle of different disorders. Men with mental illnesses would in general find it more difficult to lead a normal life and would likely find love later than their peers, if at all.

In the case of autism, a number of social factors could be responsible for its correlation with paternal age: the Molecular Psychiatry study did not examine the mental health records of the parents, so it’s possible that those more likely to have autistic children are also more likely to have children later in life; the study also did not control for the age of the parent at first childbearing, as was done in the Petersen in the study on schizophrenia.

Even if concrete factors such as age are adjusted for, other factors could elude analysis on paper. A study that looked at the difference in rates of siblings born 20 years apart would face a dilemma: if the mother was the same, it would be difficult to discern whether maternal or paternal age was the risk factor; if the mother was different, it could be that men who are more likely to divorce and remarry—or to have a child with a mistress—are different from the rest of the population. A countless number of explanations could be thus appended.

Is Dad Really to Blame?

However, the lack of a theory doesn’t necessarily rule out maternal age as a factor. A 2014 analysis of a mental health database of more than 400,000 people — Swedes again, found a stronger correlation between maternal age and ASD than paternal age. Mothers aged 40–45 were 1.75 times as likely to have children with ASD than those 29 or young, whereas fathers aged 55–59 were only 1.39 times more likely to have children with ASD compared with those at age 32.

More perplexingly, when the age of both parents were taken in account, ASD risk rose with paternal age only when the mother was 35 or younger, whereas the risk of ASD rose with maternal age regardless of the age of the father. The authors suggests that the higher rates of complications associated with geriatric pregnancies may “overwhelm” the risks associated with advanced paternal age.

The complexity of the subject matter also makes these connections vulnerable to misinterpretation by the public, often to hysterical results.

The complexity of the subject matter also makes these connections vulnerable to misinterpretation by the public, often to hysterical results.

These risk factor ratios for comparisons of siblings with the same father, and not older fathers overall, but was misstated in the initial press release, and in the report in the New York Times, both of which had to later issue a correction, and misreported in USA Today, which has yet to issue one.

A 2008 study—again using a large dataset from Sweden—found that fathers 55 years or older were associated with only a 1.3-fold increase in bipolar disorder compared fathers in the 20-24 age bracket. For fathers younger than 20, they found a 2.63-fold increase, similar to the risk associated with teenage mothers found in the new study.

All this suggests that social factors may be more at play in these figures than it simply being a question of paternal, or maternal, age.