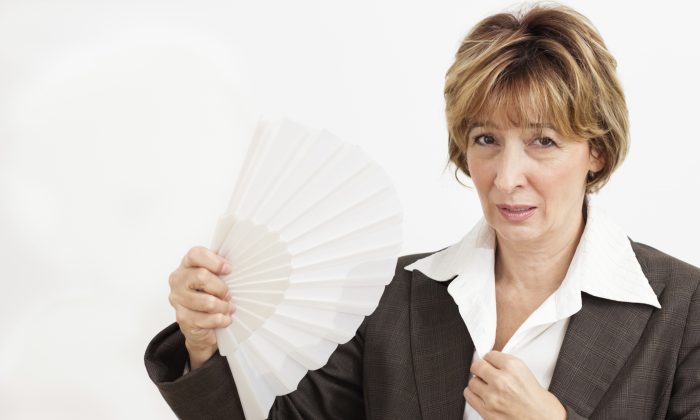 Women who go through moderate to severe hot flashes and night sweats during menopause tend to have higher rates of hip fracture, according to a new study. Women with these symptoms also tend to have lower bone mineral density than peers without menopausal symptoms.

The study followed thousands of women for eight years. After adjusting for age, body mass index, and demographic factors, it found that women who reported moderate to severe hot flashes showed a significant reduction in bone density in the femoral neck region of their hips over time. They were nearly twice as likely to have a hip fracture during the follow-up period.

Jean Wactawski-Wende of the University at Buffalo School of Public Health and Health Professions says the research team examined data from 23,573 clinical trial participants, aged 50 to 79, who were not using menopausal hormone therapy nor assigned to use it during the trial. They conducted baseline and follow-up bone density examinations in 4,867 of these women.

“We knew that during menopause, about 60 percent of women experience vasomotor symptoms (VMS), such as hot flashes and night sweats. They are among the most bothersome symptoms of menopause and can last for many years,” says Wactawski-Wende.

“It also was known that osteoporosis, a condition in which bones become structurally weak and more likely to break, afflicts 30 percent of all postmenopausal women in the United States and Europe, and that at least 40 percent of that group will sustain one or more fragility fractures in their remaining lifetime,” she says.

“What we did not know,” says Wactawski-Wende, “was whether VMS are associated with reductions in bone mineral density or increased fracture incidence.

“Women who experience vasomotor menopausal symptoms will lose bone density at a faster rate and nearly double their risk of hip fracture,” she says, “and the serious public health risk this poses is underscored by previous research that found an initial fracture poses an 86 percent risk for a second new fracture.

“Clearly more research is needed to understand the relationship between menopausal symptoms and bone health. In the meantime, women at risk of fracture may want to engage in behaviors that protect their bones including increasing their physical activity and ensuring they have adequate intakes of calcium and vitamin D.”

The prospective observational study appears online in the Journal of Clinical Endocrinology & Metabolism.

This study used data and study participants from the Women’s Health Initiative (WHI), initiated by the National Institutes of Health in 1991 to address major health issues causing morbidity and mortality in postmenopausal women. The WHI consisted of three clinical trials and an observational study undertaken at 40 clinical centers throughout the United States, including the University at Buffalo Clinical Center directed by Wactawski-Wende.

From University at Buffalo via Futurity.org