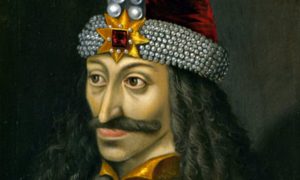 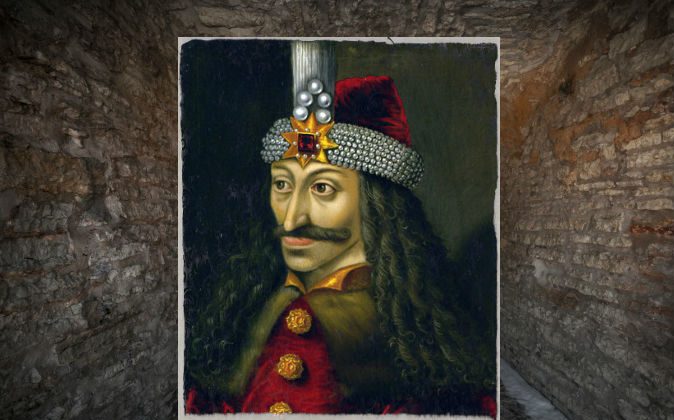 Archaeologists in Turkey have uncovered a secret tunnel, storage rooms, a military shelter, and two dungeons during restoration work on Tokat Castle, where Vlad III the Impaler, who served as the inspiration for Bram Stoker’s character Dracula, is believed to have been held captive in the early 15th century.

According to Hurriyet Daily News, restoration works were first initiated in 2009, with the latest project having been carried out over the last ten weeks to restore and reinforce its defensive bastions. It was during the most recent excavations that archaeologists unearthed the secret tunnels and dungeons. “The castle is completely surrounded by secret tunnels. It is very mysterious,” said archaeologist İbrahim Çetin, who is working on the excavations.  Previous work at the castle uncovered a 100-metre tunnel in the northern façade, which is said to have been used by the king’s daughters to reach the Roman bath near the castle.

Tokat is a town and province in the western region of Pontus. It was conquered by the Seljuk Turks at the end of the 12th century and was incorporated into the Ottoman Empire in 1392. Among the most landmarks of Tokat is the ruined citadel lying on a steep hills above the city, often identified as Tokat Castle or the fortress Dazimon. It is here where historians say that Prince Vlad III and his brother Radu were held captive in 1442.

Vlad III is the 15th century Prince upon whom Bram Stoker based his 1897 gothic novel ‘Dracula’.  Vlad was born sometime between 1428 and 1431, probably in Sighişaora, Transylvania. His patronymic, ‘Dracul’, means Dragon, derived from the membership of his father, Vlad II Dracul, in the Order of the Dragon. This was an order of chivalry founded by Sigismund, the King of Hungary, for the defence of Christianity in Eastern Europe against the Ottoman Empire.

In 1442, Vlad and his brother Radu, who were only children at the time, were taken as hostages by the Ottomans to ensure the loyalty of their father. It is during this time that historians say the young Princes were held in Tokat Castle. Çetin said that Vlad was probably kept inside one of the newly-discovered dungeons. “It is hard to estimate in which room Dracula was kept, but he was around here,” he said.

It is during his childhood years in captivity, that Vlad was said to have developed an intense hatred for the Ottomans, leading to his later brutality against them.  It is said that as Vlad retreated from a battle against the Ottomans in 1462, he impaled and put on display some 20,000 people outside the city of Targoviste as a deterrent to the pursuing Ottoman forces. This psychological attack worked, as it is claimed that the sight was so repulsive that the Ottomans, after seeing the scale of Vlad’s carnage and the thousands of decaying bodies being picked apart by crows, turned back and retreated to Constantinople.

Vlad III, or Vlad the Impaler, as he came to be known, was eventually arrested and held in prison for 12 years. After his brother’s death in 1475, he managed to reclaim the Wallachian throne.  The exact date, cause, and location of Vlad’s death is unknown, but is believed to have taken place between October and December 1476, when he disappeared in battle against the Ottomans.