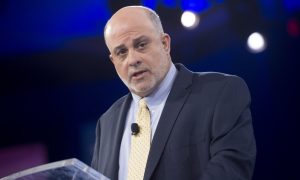 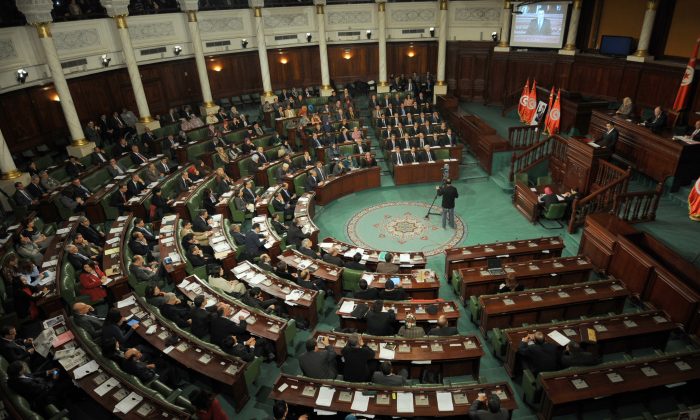 Tunisia's premier-designate Mehdi Jomaa (R) presents his new government during a parliamentary session in the constituent assembly in Tunis on Jan. 28, 2014. Tunisia's leaders the previous day signed the new constitution adopted by lawmakers, a key goal of the revolution three years ago that touched off the Arab Spring. (Fethi Belaid/AFP/Getty Images)
Opinion 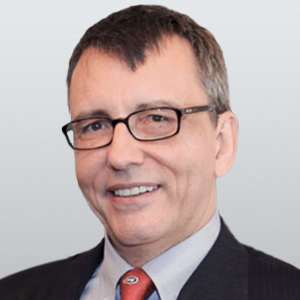 Violence is once again flaring in the Middle East and the Arab Spring seems like a distant, wilted dream.

But while the violence is grabbing the headlines, the real problem—lack of opportunity—is receiving little attention.

Yet, some green shoots have sprouted.

Back in the early 2000s, international institutions, like the International Monetary Fund, fell over themselves praising “neoliberal” reform in nations like Tunisia and Egypt. It was nothing of the sort, of course. Instead, the elites were reasserting their power, wealth, and privilege through other means—from elite control through the government to elite control through crony transactions.

Under this “clientelist” deal, the elites looted, the sub-elites eased into quasi-guaranteed government jobs, and the poor received food and fuel subsidies plus support payments from state, tribal, or clan patronage webs. It was only kept alive by oil, aid, and remittances.

But this old deal between the elites and the rest was failing, smashed by a massive youth bulge. Governments could no longer fund the handouts and easy government jobs. Polling evidence shows that economic issues were forefront for Arab Spring demonstrators who typically came from the middle and lower middle class.

Official youth unemployment was around 30 percent but perhaps three-quarters of young people lacked full-time jobs, with many giving up searching for a job, resigned instead to piecemeal work. This is devastating in a region where young men need jobs to be respectable and start families.

It is this frustration and anger that led to the Arab Spring.

When communism fell, central and eastern Europeans understood communism had failed and they needed free markets. But many Arabs now believe Arab states tried free markets after the Arab Spring and they failed. Most in the region have lived under only clientelism, and can imagine no other economic system. The only economic vision that emerged is that the “outs” now want to be the “ins.”

That’s a source of the violence. Tribal, ethnic, sectarian, and extended family lines divide the “ins” and “outs.” To be an “in” you have to be part of the “in-crowd.” That means battling other groups for power and influence. The group in control hands out the jobs and perks.

As the Arab Spring unraveled, this dynamic led to bloody conflict: the minority Alawites strive to maintain control in Syria; the long-excluded Iraqi Shiite majority seeks to exclude the once-dominant Sunni minority; in Egypt, a new Islamic elite gains power and, just like the old elite, attempts to subvert all state institutions until the old elite storms back; in Libya, a bewildering mix of tribes and ethnic groups compete for power and wealth.

The Arab world needs true reform. The power of elites must be limited, corruption curbed, markets opened, regulations made sensible, and economic distortions—like subsidies and guaranteed government jobs—eliminated to allow competition to flourish, unleashing innovation, job creation, and consumer benefits. This formula has produced growth and prosperity wherever it has been tried.

So where are the signs of hope?

First is Tunisia, where the Arab Spring began. Tunisia, like Egypt, elected an Islamic party, Ennahda, which was inspired by Egypt’s Muslim Brotherhood. The murder of two secular opposition leaders brought many thousands onto the street in sometimes-violent demonstrations, blaming the Islamic government for complicity in the murders.

But unlike Egypt, Ennahda preferred consensus to confrontation. The prime minister resigned in favor of a technocrat. The National Assembly passed a relatively liberal constitution supporting women’s rights and religious freedoms (though with some internal contradictions) by a margin of 200 to 12, with four abstentions. The new government has started economic reform but cautiously in light of the fragile political situation.

The non-Gulf monarchies, Jordan and Morocco, have also begun sensible reforms. Morocco has moved up 27 places in the World Bank’s Doing Business Report since 2011. Jordan is a top-20 nation in the Fraser Institute’s Economic Freedom report, which provides a good measure of free market policies. Many of the Gulf States, like Oman, have built a strong rule of law and sensible regulation.

But true reform is not the work of one “spring” or even one generation. A handful of Arab nations are moving in the right direction. Just one successful model, producing prosperity and peace, could offer the region long-term hope.

Fred McMahon is the Michael Walker Chair of Economic Freedom Research with the Fraser Institute. This article was previously published at TroyMedia.com.