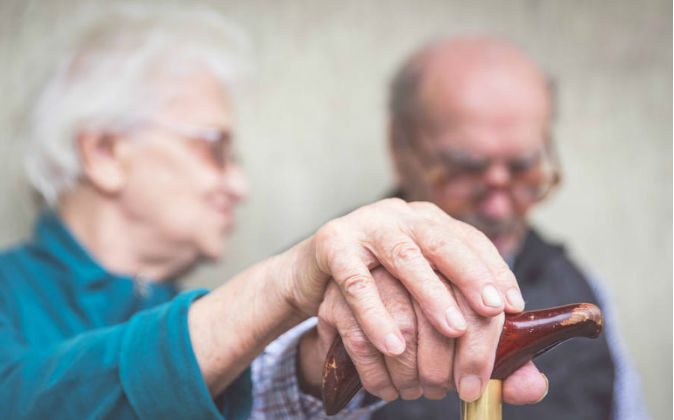 If you care for or know someone with dementia, they’ve probably asked you “what are we doing today?”, “who are you?”, or “when are we going home?” And often, frustratingly, they forget the answer quickly and ask the question again … and again … and again.

Anyone asked the same question over and over will eventually respond impatiently, which is not good for the person with dementia, or their carer’s stress levels.

Imagine a husband is in the early stages of dementia, and every day he repeatedly asks his wife “what are we doing today?”

Wife: we have a doctor’s appointment at 1:30pm.

Husband: (ten minutes later) hey, what are we doing today?

Wife: I just told you, we have a doctor’s appointment at 1:30pm.

Husband: (five minutes later) what are we doing today?

Wife: (getting frustrated now, and slightly raising her voice) what did I just tell you? We are going to the doctor at 1:30!

Husband: (getting upset at his wife’s tone) Well how am I supposed to know? I don’t remember you telling me that.

The wife will feel guilty for getting angry with her husband. She knows it’s not his fault but finds it so frustrating to have to respond repeatedly to the same questions over and over.

Imagine a mother in the moderate to severe stages of dementia, cared for by her daughter. Sometimes in the evening, the mother asks her daughter “when are we going home?”

Daughter: we are at home, Mum.

Mother: I want to go home now, when are we going home?

Daughter: Mum, we’re already at home. Look, there’s a photo of you and Dad on the mantelpiece there.

Mother: (sounding more confused and starting to become agitated) I don’t know how that got there. I’m tired now; I’m ready to go home. When are we going home?

Daughter: (becoming frustrated) Mum, I don’t know how I can make you understand. Look, here are all your things (pointing around the room). You are at home already!

Mother: Don’t yell at me, just take me home! I don’t want to be here!

What Is the Best Way to Respond?

First, it’s important to stay calm. If you get upset, the person with dementia may too. Remind yourself that the person isn’t asking the questions to annoy you, but because they have a condition that causes damage to their brain.

Try to understand if there is an underlying need the person is expressing through their question. Are they anxious, worried, confused, hungry, tired?

You should respond in a way that works with the person’s current reality and frame of mind.

You should respond in a way that works with the person’s current reality and frame of mind. For example, if the person believes their long-deceased husband is still alive, asking them a question such as “what does your husband do for work?” is more likely to calm the person down than if you remind them he has passed away.

It’s also good to use the environment to support your answer. For instance, in the first example above, the wife could buy a calendar, a clock, and a whiteboard, and set them up in the kitchen where they will be seen by her husband every morning. Appointments can be written on the calendar, and the whiteboard could be updated with the day, date, and schedule for the day.

Completely New Models of Dementia Care Are Emerging Across the Globe

In the second example, the daughter has to try to put herself in her mother’s shoes – her mother doesn’t recognise the house is her home. Maybe she remembers “home” as where she lived as a child.

One option is to try distraction. When the person with dementia asks when they’re going home, offer them a distraction, like a cup of tea. If they are still concerned, tell them it’s time to go home and take them for a drive. Drive around the neighbourhood pointing out familiar landmarks, then as you’re making your way back home, tell them you’re almost there.

Repeating the same questions is often a sign that the person with dementia is trying to tell us something or that they need some reassurance. Sometimes just answering their questions is enough, and at other times we may need to step into their world for a while.