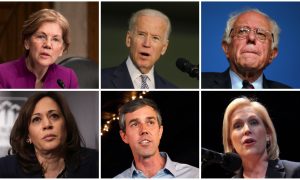 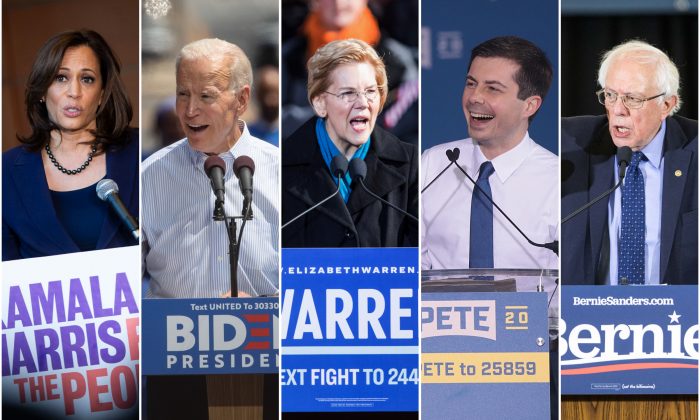 Many people have speculated that the main reason why congressional Democrats have focused so much on impeaching President Donald Trump is because of their utter dislike of the president and his policies.

While this is likely true, there is another, less often discussed reason for their fixation: The Democrats have so many candidates running for president that they’re unable to specifically define their party’s position on the various issues that are important to Americans.

To date, the question of impeachment has served as a relatively good smokescreen that has protected congressional Democrats from having to face, and address, this reality.

As such, not only do the Democrats want to impeach the president because they dislike him immensely, they also need to push impeachment so as to distract the American public from the party’s obvious identity problem and its inability to take a definitive stance on the issues that are important to Americans.

At present, there are more than 20 Democratic candidates in the 2020 U.S. presidential race. On any given day, the list may increase or decrease, as some contenders leave the race while new ones decide to join.

While the list of names is long, there are a few people who are deemed to be “serious contenders” and could receive the Democratic “nod.”

These five candidates all have different priorities, though some overlap.

For example, according to the Huffington Post, “Biden lists tackling income inequality, defending the Affordable Care Act, and pursuing a ‘humane immigration policy’ as some of his platform proposals.”

Sanders promotes a platform that “calls for ‘Medicare for All’ and a $15 minimum wage … free college tuition, lowering the costs of prescription drugs and passing the Green New Deal to combat climate change.”

The “Top 5” candidates represent different “types” of Democrats, though most could be described as “liberal.” Biden, for example, is a more moderate self-described “Obama-Biden Democrat.” Sanders, on the other hand, is a self-proclaimed “Democratic Socialist,” while Warren is a progressive Democrat. The candidates also vary in age and level of experience.

The trouble for Democrats lies in the fact that the party has no unifying message. In other words, while some of the party’s more vocal candidates veer to the far-left and embrace socialism, these candidates and the ideas that they advocate don’t speak for the Democratic Party as a whole, nor do they appeal to all Democratic voters.

Therefore, the Democratic Party has a serious identity problem, the result of which has prevented the “party,” as a whole, from specifically taking a position on a variety of important issues. The dichotomy of choices has left the party splintered and its leaders confused.

While the Democrats try to unify their party and to solidify what it stands for, the impeachment narrative has provided them with a fairly strong “cover,” by shifting the focus away from the party’s problems and toward the president.

While former special counsel Robert Mueller’s recent press conference was yet another desperate attempt to keep the impeachment narrative alive and relevant, Americans are already tired of the interminable investigations and/or talks about impeachment.

While Democrats would love to impeach the president based on personal animus, the impeachment discussions, as well as the continued “investigations,” also serve to deflect attention away from their bigger, and more pressing, problem of party unity.