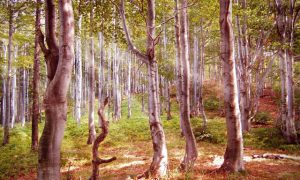 PIONKI, Poland—Marek Bogacki feels life in Poland 26 years after the fall of communism could hardly be better.

Wearing a fine shirt and tie and enjoying brunch at a French bakery in Warsaw, the 35-year-old investment director at an insurance company ticked off places where he has vacationed, from New York to Thailand to Paris, saying the prosperity and freedom that came with EU membership has made it “the best time in Poland’s history.”

A two-hour drive to the south, in the small town of Pionki, Michal Nowocien lives in conditions so different it feels like another country.

The 22-year-old welder earns the equivalent of $260 a month on a temporary contract and lives with his parents and siblings in a tiny apartment in a public housing project. His mother separates trash for $265 a month and his father works in construction for $530, neither with benefits.

“It was sports that kept me out of trouble,” Nowocien said, looking around at a neighborhood where many others have succumbed to drug or alcohol abuse.

A quarter-century after Poland fully embraced laissez-faire capitalism, the gap between the haves and have-nots is now so deep that Poles sometimes speak of “two Polands” — one of high-earners concentrated in the cities and one of unskilled workers struggling on low wages and job insecurity, often in rural areas and small towns.

For years the government has boasted about the economy’s fast pace of growth, projected at 3.5 percent this year, and about a jobless rate that has fallen from about 20 percent when Poland joined the EU in 2004 to 10.3 percent today.

But sociologist Jan Sowa says the GDP numbers belie how badly many Poles are doing. Wages are low, at an average of 865 euros ($955) a month, with many people earning far less. And wages make up only 37 percent of GDP compared to an EU average of about 50 percent.

“That number tells you how much of the wealth produced actually makes its way into people’s pockets, and it’s not much,” said Sowa.

The frustration of those who feel left out of the Polish economic miracle is suddenly on the political agenda, and is seen as a major reason for the surprise victory of nationalist Andrzej Duda — of the euroskeptic Law and Justice Party — in May presidential elections over a widely favored incumbent from the ruling Civic Platform.

The presidency is largely symbolic. But a more important parliamentary election comes in October, and polls suggest that the pro-market Civic Platform, which has ruled for eight years, faces another stinging defeat. Law and Justice has surged ahead with vows to help the poor with more state intervention in the economy.

A second win by Law and Justice would mark a significant political shift in Poland, the EU’s sixth-largest economy. The party vows to impose higher taxes on the country’s mostly foreign-owned banks and large retailers.

A key focus of campaigning has been labor conditions that leave many people living hand-to-mouth, with anger particularly focused on the growing use of job contracts that offer workers few protections — called “junk contracts” by critics.

The “junk contracts” were originally intended to give flexibility to artists or other professionals working for multiple employers. They lack many of the guarantees of regular employment contracts in Poland, like paid vacation, employer contributions into the national health and pension funds, and protection from being fired at short notice.

“I work on one, and I love it,” said Radek Ciszewski, a consultant who benefits from the flexibility of temporary contracts. But critics say the contracts are being abused by employers. Often, people who are essentially full-time, long-term workers are forced to sign new contracts each month. Nowocien used to have such a contract at a chocolate factory, before getting his current temporary job as a welder.

Workers going month-to-month on temporary contracts rarely qualify for mortgages, and insecurity is keeping some from starting families. That, in turn, threatens to exacerbate Poland’s demographic time bomb of a falling birth rate, one of the lowest in Europe at 1.3 babies per woman.

New legislation effective next year will limit the use of these contracts, but Prime Minister Ewa Kopacz has vowed to restrict them further as she struggles for political survival.

Even the country’s main daily paper, Gazeta Wyborcza, which played an important role supporting the transition to a market economy, says the junk contracts represent a deregulated form of capitalism that has gone too far. The paper launched a campaign against them on July 20, saying “they have started to demolish our labor market.”

“In the time of transformation this flexibility helped us to attract investors and fight high unemployment,” Gazeta Wyborcza wrote. “At the same time it has brought terrible social consequences.”