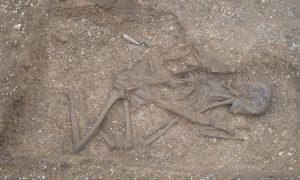 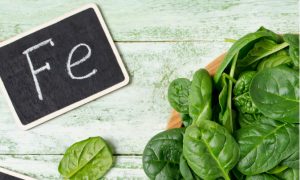 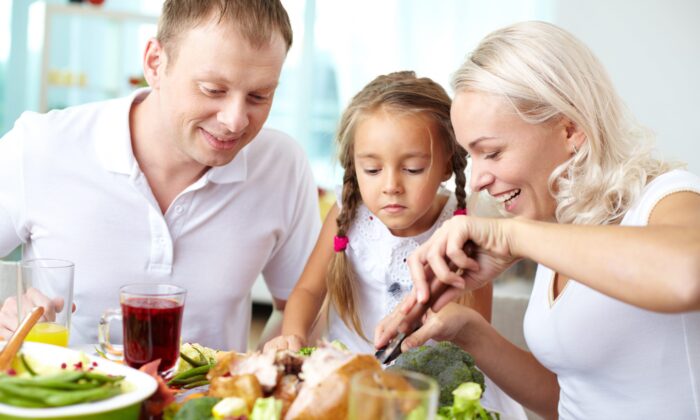 People need iron at every stage of their lives and those needs vary with age and lifestyle. So how do you help your body absorb enough dietary iron to ensure that all its cells are nourished? Infants, children, adolescents, pregnant women, athletes, vegetarians, blood donors, and senior citizens can all be at risk for iron deficiency anemia.

The importance of iron in the diet has been known for a long time. Ancient Greek medical writings point out the importance of iron-containing foods. In medieval France and England, iron, in the form of fine metal filings dissolved in wine, was given to treat anemia.

Iron is needed by the body in order to make hemoglobin and myoglobin. Hemoglobin is the oxygen-carrying red pigment color in blood cells (“hem” means iron). Myoglobin is the color in muscle cells. Red blood cells are produced in the bone marrow and released into the bloodstream. They are the transporters of oxygen and carbon dioxide to and from the lungs and tissues.

A simple definition of anemia is a condition that occurs when you don’t have enough healthy red blood cells. The general symptoms of anemia may range from very mild to severe. There are more than 400 different anemias. One of the more prevalent anemias is caused by iron deficiency. Iron obtained from the diet is transported to the bone marrow, where it is incorporated into the red blood cells. If a health care professional suspects that you have an iron deficiency, tests can be ordered to measure the amount of iron in your system.

Some common symptoms of iron deficiency anemia may include weakness or fatigue, dizziness, cold hands and feet, headache, poor mental concentration, and shortness of breath. Pale skin, lips, gums, and nail beds can indicate more severe anemia. Very severe anemia can lead to heart palpitations, sweatiness, and heart failure.  Untreated iron-deficiency anemia can cause serious health problems. Having too little oxygen in the body can damage organs. With anemia, the heart must work harder to make up for the lack of red blood cells or hemoglobin. This extra work can harm the heart.

Iron throughout the Life Cycle

Adult iron deficiency may happen if there are digestive disorders that prevent iron from being absorbed. It can also happen if there is simply not enough iron in the diet. Some medications and dietary supplements can have an adverse effect on iron levels. People taking medications or supplements on a regular basis should discuss their iron status with their healthcare providers. People over the age of 50 need about 10 mg of iron each day to stay healthy.

Female athletes can be at a higher risk for iron deficiency, as can male and female endurance or marathon runners. The type of impact done in running can cause increased red blood cell breakdown. The kidneys remove these broken blood cells from the body, resulting in anemia. This can often be solved with a few days rest with adequate diet and hydration.

Children need to absorb an average of 1mg of iron per day for proper growth and development.  Since children only absorb about 10 percent of the iron they eat, most children need to obtain 8–10 mg per day of iron. This need continues through adolescence, as growth-spurts and physical maturation require a lot of iron.

Pregnant women often develop anemia. To help to prevent this, women in child-bearing years should eat a diet sufficient in iron-rich foods. The recommended daily allowance of iron before pregnancy is approximately 18 milligrams, or two good dietary sources of iron daily. During pregnancy, dietary iron should increase to three to four servings every day. Iron deficiency anemia during pregnancy may increase the risk of premature birth, having a low birth weight baby, and postpartum depression. Some studies also show an increased risk of infant death immediately before or after birth.

Iron and the Diet

Iron deficiency is often caused in healthy people by poor dietary intake.  Iron needs can range from 10–50 milligrams of iron per day. The typical American diet has only about 6–8 milligrams of daily iron. In addition to food, it is thought that using cast-iron cookware may add some iron to the diet.

Dietary iron has two main forms: heme and nonheme Plants and iron-fortified foods contain only nonheme iron. Animal proteins, such as meat, seafood, and poultry contain both heme and nonheme iron.  Heme iron is more easily absorbed by the body. People who do not choose to eat animal protein need to include more servings of iron-containing plant foods to ensure adequate iron intake.

Meat, fish, and poultry are excellent sources of dietary iron. Iron is also present in eggs, green leafy vegetables, nuts, peas, beans, some soy products, and whole-grain bread. Since plant-based iron is not easily absorbed, larger portions are required to obtain sufficient iron. See if you can increase your intake of dark green leafies, such as kale, collards, mustards, and beet greens along with spinach.  Dried fruit, dried peas, nuts, enriched breads and cereals, and blackstrap molasses can help as well.

Egg yolks, calcium-containing foods, and black tea can prevent the body from properly absorbing iron, as can zinc, found in multivitamins and throat lozenges. Plan your meals so that you have iron-rich foods at one meal, waiting several hours before having calcium-rich foods or tea.

Vitamin B 12 helps the body to produce healthy red blood cells. Vitamin B12 is best absorbed from animal sources, so people who avoid animal foods in their daily diet may need to think about including B12-fortified foods and B12 supplementation. Cold cereals (Grapenuts are a good source ) and fortified soy, rice, grain or almond milks, as well as nutritional yeast (not baker’s yeast) are non-animal B12 sources.

Managing dietary iron resources is within our reach. Include iron-rich foods in your daily menu planning for a healthy, active life!