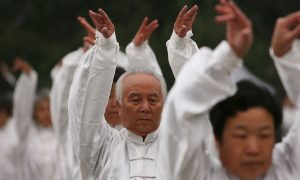 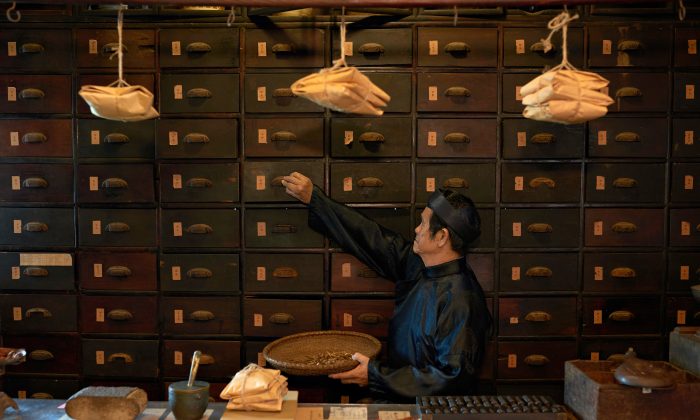 Trying to introduce people to traditional Chinese medicine (TCM) can be challenging given the depth and breadth of the knowledge and practice involved.

Traditional Chinese medicine is built on a foundation of more than 2,500 years of Chinese medical practice. It includes various forms of herbal medicine, acupuncture, massage (tui na), meditation/exercise (qi gong) and dietary therapy.  It is a holistic practice that treats the entire system rather than a focus on alleviating the symptoms.

Being such a long-standing and well-developed practice, Chinese Medicine is intricately tied to the Chinese people’s cultural heritage and traditional way of life. This is why Chinese people see Chinese medicine as a natural extension of their life. However, I hope to educate and enrich the understanding of people less familiar with TCM.

TCM is a reflection of Daoism, one of China’s three religious traditions. Daoism is about seeking the truth about the world and the individual.

TCM emphasizes the idea of harmony between people and nature. It recognizes that emotions and environmental factors can affect human health.  Therefore, our life should adapt to the four seasons and conform to nature. It is a systematic and holistic approach that is focused on preserving health and preventing disease.

In the theory of TCM, there is a primary emphasis on “Qi” energy which is energy that needs to be in balance for good physical and mental health.  Qi is considered to be life force or vital energy and includes both the physical body as well as our intrinsic spiritual nature such as our thoughts, feelings, and emotions. All work together to ensure a balanced and healthy mind and body. The system of energy distribution is known as the meridian channels which are located throughout the body where Qi or energy flows.

Chinese medicine is poorly understood by the mainstream medical system, which has historically taken a reductionist approach to treatment. This means that the body and its systems are looked at in isolation and, until recently, modern medicine had little understanding of the complex interconnection between emotions, diet, and the interplay of the body’s organs and processes. This has begun to change, but the common clinical practice is still far behind modern research.

For example, we now understand how the microbiome, a collection of bacteria, viruses, and protozoa that live in our gut, influence both our mind and body, but doctors are unable to factor this into clinical practice because they are not trained in nutrition or the microbiome.

Chinese medicine, however, has understood the connection between diet, and various organ systems and emotions for generations. Modern medicine once considered it superstitious to suggest mood disorders, the liver, and conditions like hypertension could be connected, which was something taught in TCM. Now we know that both hypertension and mood disorders have a dysfunction that involves the same neurotransmitter, serotonin, which is chiefly metabolized by the liver.

Fortunately, interest is growing in TCM and there is more scientific research being undertaken by western medicine to try to understand the systems and knowledge of TCM.

To date, very little of this research has focused on the whole system of TCM. This makes sense given it is beyond modern scientific practice to study complex systems. The best our current science can do is study isolated elements and formulate a hypothesis that explains the apparent interconnections between these elements.

As a result, research on TCM focuses on a single type of treatment, such as acupuncture or botanical/herbal medicine, and how these can be applied within conventional medicine.

However, this segregation of TCM fails to understand the holistic approach integral to TCM treatment.  As alternative forms of medicine become better understood and more popular, there will inevitably be greater integration of different forms of medical practices, including TCM.

But just because modern medicine and science can’t fully explain TCM at this time doesn’t mean people can’t enjoy the benefits of TCM.

My husband and I recently dined with friends at our favorite Chinese restaurant. Our friends thanked us for taking them somewhere they could really enjoy delicious food, of which not a morsel was left.

In this case, eating delicious food was the last word. They didn’t need to be experienced chefs or understand how it was cooked, or even know what all the ingredients were to appreciate it. The taste of the food was a good life experience all on its own.

Chinese medicine is similar.  You may not know how it works in the terminology of western medical science, but it has a well-established foundation with thousands of years of practiced knowledge. TCM has contributed to the health and well-being of Chinese people for centuries before the arrival of western medicine.

It is silly for western scientists to suggest that the observations that generations of Chinese medicine practitioners have made and passed down regarding the effects of their treatments do not constitute a legitimate scientific basis.

TCM is a different system from Western medicine, having a vastly different ideology and practice. And just like eating Chinese food does not prevent you from eating burgers, using Chinese medicine does not prevent you from using Western treatments, especially since Chinese medicine is non-invasive and its herbal remedies are gentle and work in synergy with the bodies natural systems.

With many years of study and refinement, TCM is an advanced medical/healing system that has a very close relationship with Daoism, including a strong focus on prevention and preservation. This is very different from western medicine, which is more focused on curing illness after it develops. Chinese medicine aims to maintain and optimize health and wellbeing and is a preventative form of medicine. It is a treasure trove that will contribute to a good life with a healthy body and mind.

I look forward to sharing my understanding of the benefits of TCM with you to help you achieve a more active and fulfilling lifestyle.

Christina Xu obtained her bachelor’s degree at the Beijing University of Chinese Medicine. Living in Australia, she now dedicates her time to advocating for and promoting the benefits of traditional Chinese medicine to the mainstream western society.  Learn more at PreserveHealth.com.au