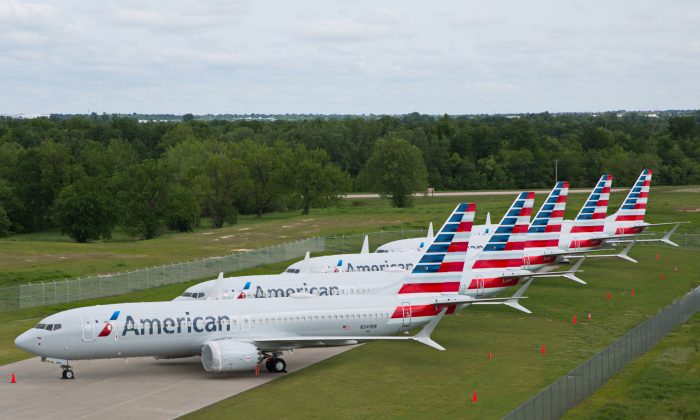 American Airlines Group Inc.,  said on Sunday it is extending for a fourth time cancellations of about 115 daily flights into early November due to the ongoing grounding of the Boeing Co 737 MAX jets.

The airline’s decision was expected after the Federal Aviation Administration, which must reapprove the jets for flight following two fatal crashes, last month uncovered a new flaw that Boeing estimates will take until at least September to fix.

“American Airlines remains confident that impending software updates to the Boeing 737 MAX, along with the new training elements Boeing is developing in coordination with our union partners, will lead to recertification of the aircraft this year,” the airline said in a statement on Sunday.

American, the world’s largest airline and the second largest MAX operator in the United States, most recently had planned to keep the MAX, which is used on most flights between New York’s LaGuardia airport and Miami, off its schedule through Sept. 3. It has been substituting other aircraft for its busiest flights while canceling others and temporarily suspending direct flights between Oakland, California, and Dallas-Fort Worth.

Some analysts have said they do not expect the MAX jets to fly again before the end of the year.

American, with 24 737 MAX aircraft and dozens more on order, is scheduling without the jets through Nov. 2.

Among other U.S. MAX carriers, Southwest Airlines Co. has removed the aircraft from its scheduling through Oct. 1, and United Airlines Holdings until Nov. 3. Southwest is the world’s largest MAX operator.

The 737 MAX, which had been Boeing’s fastest-selling aircraft thanks to its fuel-efficient engines and longer ranger, was grounded worldwide in March after an Ethiopian Airlines plane plunged to the ground soon after take-off, five months after a similar Lion Air fatal crash off the coast of Indonesia.

Boeing hopes a software upgrade and new pilot training will add layers of protection to prevent erroneous data from triggering a system called MCAS, which was activated in both the planes before they crashed.

American, which is also grappling with cancellations related to a labor dispute with its mechanics, is due to report second-quarter results later this month, with an expected rise in unit revenues as capacity constraints mean its planes are flying fuller.

However, the airline cut its annual profit forecast in April, blaming an estimated $350 million hit from the MAX groundings.

American’s chief executive, Doug Parker, has been among the most vocal supporters of the MAX aircraft, saying on June 12 that it was “highly likely” flights would resume by mid-August.