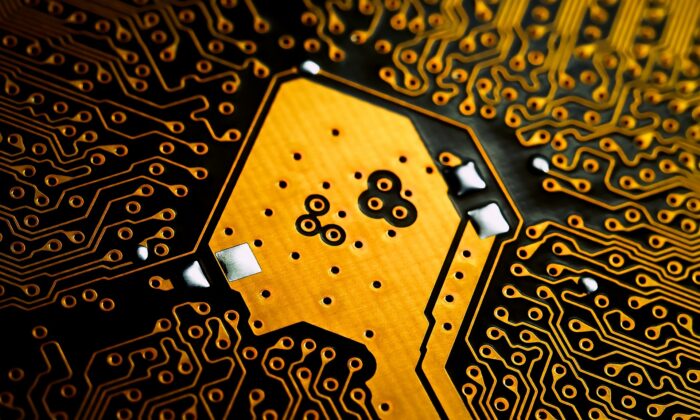 AMD versus Nvidia: Which Chipmaker Is Poised to End 2021 With Better Returns?

Laser-like focus on their product roadmap and execution has been the recipe behind the rewards the companies are reaping.

Nvidia Versus AMD: How Year-to-date Performance Stacks Up

Nvidia has had a stellar run this year, thanks to across-the-board performances by all segments. The company’s data center business has been the standout, and its gaming segment also contributed notably.
With the stock market working on a forward-looking basis, investors have also discounted the potential metaverse offers for the company.

The Metaverse could present Nvidia with a $10 billion incremental market opportunity over the next five years, Wells Fargo analyst Aaron Rakers said in an early November note. The company views the Omniverse as a key pillar of future growth for both its AI and HPC strategies, he added.

After going through a broad consolidation move until May, the rally in Nvidia shares picked up in the second-half of the year. Nvidia implemented a 4:1 stock split on July 20.

The slope of the rally has been steepening since early October. Into November, the stock gained 77.7 percent.

AMD shares followed a similar trajectory, but the rate of advance has been slower than that of Nvidia. AMD’s shares have gained 64.8 percent from October to November.

AMD, meanwhile, managed to wrest customers away from rival Intel Corporation and increase its market share in the server and PC markets.

The company announced in early November that Meta Platforms, Inc. will begin using AMD chips in its data centers. Microsoft Corporation will also use EPYC processors for its Azure cloud service.

How December Will Pan Out For Nvidia, AMD

The year-end typically brings in the Santa Claus rally, which lifts markets. Optimism over the upcoming new year, holiday spending, and the squaring up of books by institutions are among the reasons attributed to the rally, which typically materializes in the final couple of weeks of the year.

Going by historical performance, irrespective of the direction of the move AMD and Nvidia have almost lock-stepped with each other in the month of December.

This makes Nvidia a firm favorite for ending the year with a superior return. It could preserve the magnitude of outperformance it has over AMD through December.

Nvidia has a catalyst ahead in the form of a presentation at Deutsche Bank’s Virtual AutoTech Conference, scheduled for Dec. 9. Given the company’s push into self-driving toolkits and the expectations of increasing transition away from traditional ICE vehicles to EVs, announcements at the event could trigger a stock move.