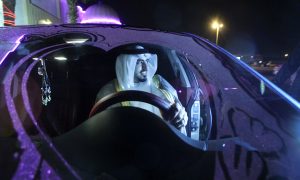 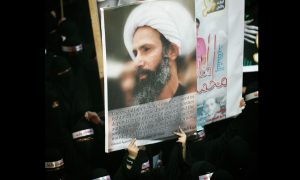 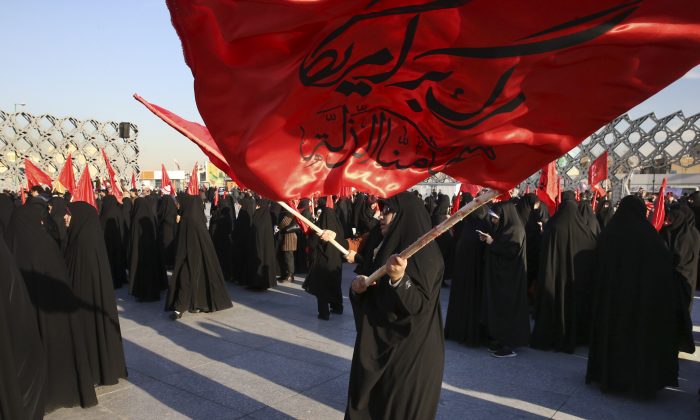 DUBAI, United Arab Emirates—Allies of Saudi Arabia followed the kingdom’s lead Monday, Jan. 4, and scaled back diplomatic ties to Iran after the ransacking of Saudi diplomatic missions in the Islamic Republic, violence sparked by the Saudi execution of a prominent Shiite cleric.

Sudan and the tiny island kingdom of Bahrain said they would sever ties with Iran, as Saudi Arabia did late Sunday. Within hours, the United Arab Emirates announced it would downgrade ties to Tehran to the level of the charge d’affaires, while other nations issued statements criticizing Iran.

“What we have seen during the last 24 hours is unprecedented… It shows you Saudi Arabia has had enough of Iran and wants to send a message,” said Abdulkhaleq Abdullah, a political science professor at Emirates University. “This is the Saudis saying: ‘There is no limit to how far we will go.'”

The standoff began Saturday, when Saudi Arabia executed Shiite cleric Sheikh Nimr al-Nimr and 46 others convicted of terror charges—the largest mass execution carried out by the kingdom since 1980.

Al-Nimr was a central figure in the Arab Spring-inspired protests by Saudi Arabia’s Shiite minority, who long denied advocating violence. News of his execution has sparked Shiite protests from Bahrain to Pakistan.

In Iran, protesters attacked the Saudi Embassy in Tehran and its consulate in Mashhad. By late Sunday, Saudi Foreign Minister Adel al-Jubeir announced the kingdom would sever its relations with Iran over the assaults, giving Iranian diplomatic personnel 48 hours to leave his country.

On Monday, Saudi Arabia’s civil aviation authority suspended all flights to and from Iran, saying the move was based on the kingdom’s cutting of diplomatic ties.

Iran expressed “regret” over the attacks on the diplomatic missions in a letter to the United Nations on Monday and vowed to arrest those responsible. In the letter, obtained by The Associated Press, Iran’s U.N. envoy Gholamali Khoshroo says more than 40 protesters have been arrested and that authorities are searching for other suspects.

Saudi Arabia and Iran have long vied for influence in the Middle East, with their rivalry deepening following the toppling of Saddam Hussein in Iraq, which allowed Iran to assert dominance there, and the chaos of the Arab Spring, which gave rise to proxy wars in Syria and Yemen.

An early battleground was Bahrain, where the Shiite majority staged mass protests in 2011 demanding political reforms from the Sunni monarchy. Saudi Arabia and the United Arab Emirates sent in troops to help quash the revolt, viewing it as an Iranian bid to expand its influence.

Bahraini officials have since accused Iran of training militants and attempting to smuggle arms into the country, which hosts the U.S. Navy’s 5th Fleet. In October, Bahrain ordered the acting Iranian charge d’affaires to leave within 72 hours and recalled its own ambassador after alleging Iran sponsored “subversion” and “terrorism” and funneled arms to militants.

Sudan, which has been looking to Saudi for aid since the secession of oil-rich South Sudan in 2011, on Monday announced an “immediate severing of ties” over the diplomatic mission attacks. Sudan once was closer to Iran, but in recent years has tilted toward Saudi Arabia, and has contributed forces to the Saudi-led coalition battling Shiite rebels in Yemen.

The UAE, a country of seven emirates, has a long trading history with Iran and is home to many ethnic Iranians. It said it would reduce the number of diplomats in Iran and recall its ambassador “in the light of Iran’s continuous interference in the internal affairs of Gulf and Arab states, which has reached unprecedented levels.”

Saudi Arabia previously severed ties with Iran from 1988 to 1991 over hajj rioting in 1987 and Iran’s attacks on shipping in the Persian Gulf. That diplomatic freeze saw Iran halt pilgrims from attending the hajj in Saudi Arabia, something required of all able Muslims once in their lives.

Iranian lawmaker Mohammad Ali Esfanani, spokesman of the Judicial and Legal Committee, said security issues and the fact that Iranian pilgrims wouldn’t have consular protection inside the kingdom made halting the pilgrimage likely, according to the semi-official ISNA news agency.

World powers have sought to calm the tensions, with Washington and the European Union reaching out. On Monday, Germany called on both sides to mend ties, while Russian state news agency RIA Novosti quoted an unnamed senior diplomat as saying Moscow is ready to act as a mediator.

The U.N. envoy for Syria, Staffan de Mistura, was en route to Riyadh on Monday with plans to later visit Tehran. Iran, a staunch supporter of embattled Syrian President Bashar Assad, and Saudi Arabia, a key backer of the opposition, have participated in three rounds of international talks aimed at ending the conflict. De Mistura has set a Jan. 25 target date for a fourth round of talks.

The White House on Monday urged Saudi Arabia and Iran to not let their dispute derail efforts to end the Syrian civil war.

“Hopefully they will continue to engage,” Earnest said. “It is so clearly in the interests of both countries to advance a political solution to the situation inside of Syria.”

Early Monday, the state-run Saudi Press Agency said a shooting targeting security forces in the village killed a man and wounded a child. It offered no motive for the attack, nor for another it said saw a mob beat and briefly kidnap a man who was driving through the area.