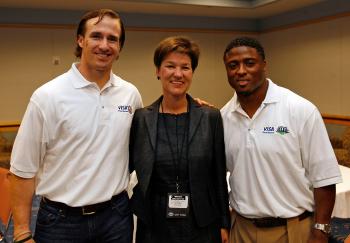 She ran against Brian Moore in Tuesday’s primary election, and will now face Rick Scott, the winner of the Republican primary, as well as independent Bud Chiles in November’s general election.

Sink was elected in 2006 to be Florida’s chief financial officer and she noted that she takes part in many community programs.

According to her biography on the National Association of Insurance Commissioners' website, she is an aggressive consumer advocate with 26 years of experience in financial services.

Sink headed to Tallahassee on Wednesday to begin her campaign, after spending the night in Tampa Bay, reported Fox News.