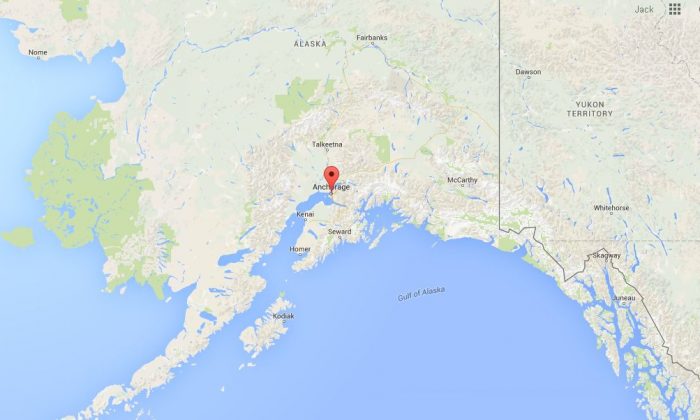 ANCHORAGE, Alaska  — Here’s the latest updates on a small plane crashing into a building in downtown Anchorage, Alaska (all times local):

Federal authorities say the small plane that crashed into a building in downtown Anchorage, Alaska, belongs to the Civil Air Patrol.

But Clint Johnson, Alaska region chief for the National Transportation Safety Board, says there were no sanctioned flights when the plane crashed early Tuesday.

The Civil Air Patrol is a civilian auxiliary of the U.S. Air Force, made up of volunteers who help in search and rescue missions.

Karen Bowen, a bookkeeper who answered the phone at the group’s office, relayed instructions from the group’s commander that the crash is under investigation. A message was left for the volunteer commander, who wasn’t in the office.

Johnson says there were blustery winds when the plane clipped the corner of an office building and then crashed into the side of an adjacent commercial building. But he says nothing is being ruled out as a cause.

A witness who saw a small plane seconds before it slammed into a building in downtown Anchorage, Alaska, said the aircraft didn’t sound like it was having engine trouble.

Authorities say at least one person aboard died when the plane crashed into a commercial building Tuesday.

Kent Haina, a 747 captain for UPS, said he was taking out his garbage and sorting through his recyclables when he heard the plane circle around him. He then watched as it went down at a shallow angle.

He says the plane disappeared behind a building, then he heard a loud thud and saw a plume of black smoke.

Haina says the wind was howling while he was outside and he thought to himself it wasn’t good weather to be flying in.

Authorities say at least one person aboard a small plane died when it crashed into a commercial building in downtown Anchorage, Alaska.

Assistant Fire Chief Alex Boyd said there were no injuries on the ground. He says the plane clipped the corner of an office building before it crashed into the side of the commercial building beside it.

The crash happened early Tuesday, before many businesses opened. Officials say it ignited a fire.

What we know so far about the plane crash in downtown Anchorage https://t.co/MD5U39e8kJ pic.twitter.com/U3sOG2TjFm

Don Tallman of the Anchorage Fire Department said it didn’t appear there was anyone inside the building, which received extensive damage.

Federal Aviation Administration spokesman Allen Kenitzer says it wasn’t clear why the plane hit the building. He didn’t have information on the type of aircraft but said the FAA and National Transportation Safety Board are investigating.

Don Tallman of the Anchorage Fire Department says the crash was first reported around 6:19 a.m. and the fire was under control by 7 a.m.

He didn’t have any information about how many people were on the plane and whether there were any deaths or injuries. He said it didn’t appear there was anyone inside the building.

Tallman said crews were still searching the building and there was extensive damage to the facility.