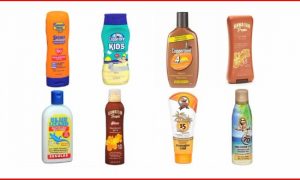 How Much Sunscreen Do You Need For Your Body Type? (Video)
0
Share Now
TelegramFacebookTweetEmailTellMeWeReddit
Copy Link 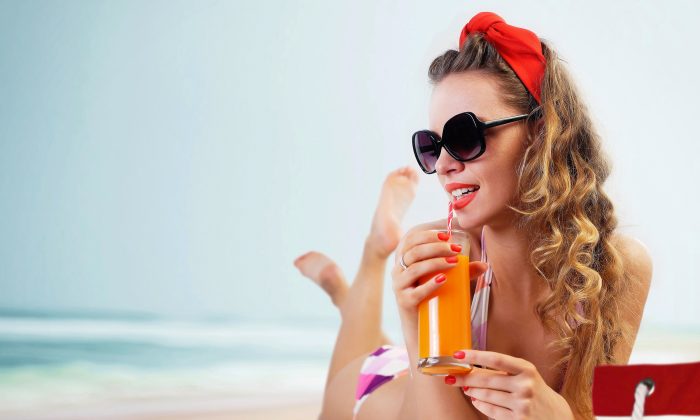 Study authors say you should still eat citrus, but protect yourself well from the sun afterward. (EmiliaU/iStock)
Good to Know

After You Drink Juice, Slather on Sunscreen

White people who drink orange juice or eat a lot of grapefruit should be sure to put on extra sunscreen for a few days.

A new study suggests they may have a higher 25-year risk of developing malignant melanoma, a potentially lethal form of skin cancer.

Citrus contains compounds called psoralens that can make skin more sensitive to light exposure. Those findings have been documented in studies and presented in anecdotes about lime-squeezing bartenders with sunburned hands or kids with streaks of sunburn matching where a citrus-flavored Popsicle dripped down the chin.

For a new study published in the “Journal of Clinical Oncology,” researchers examined whether citrus consumption could pose a potential health risk. What they found in two large samples of more than 100,000 white men and women is that high consumption of grapefruit and to a lesser extent orange juice was associated with a somewhat higher risk of malignant melanoma.

The results don’t mean that citrus consumption is harmful. Instead, people who eat a lot of citrus might consider taking extra precautions against subsequent sunlight exposure, such as using high-SPF sunscreen and covering skin with protective clothing and broad-brimmed hats.

How did you go about measuring this association and what were the main results?

Wu: In two well-established U.S.-based cohort studies with follow-up over 24–26 years, we demonstrated a consistent positive association between citrus consumption and risk of malignant melanoma, a potentially lethal form of skin cancer.

The citrus fruits (that is, orange and grapefruit) examined in the study are the most consumed citrus fruits in the U.S. population (accounting for over 90 percent of the market). We used a validated questionnaire to collect information on consumption of citrus products and other food items.

Melanoma was self-reported biennially and confirmed by pathological reports. We then used statistical analysis to estimate the risk of melanoma associated with dietary consumption, adjusting for other known melanoma risk factors and potential confounders.

Those who consumed overall citrus 1.6 or more times per day had a 36-percent higher risk compared with those who consumed less than twice per week. This is an interesting finding and may be of importance to the public and clinical practice, given that consumption of citrus products is prevalent and citrus products are known to contain photoactive compounds (such as furocoumarins or psoralens).

Why do you think grapefruit and orange juice had a significant association when oranges or grapefruit juice did not?

Qureshi: The concentrations of the photoactive compounds vary in different parts of the fruit. It just so happens that in oranges the pulp is richer with these compounds. In grapefruits it’s the fibrous material that surrounds the pulp.

Wu: There may be higher quantities of furocoumarins in fresh fruits with peel and pulp than in processed juices. Industrial processing may reduce the quantities of certain chemicals in processed foods, leading to the different associations with health outcomes for consumption of fresh and processed food items. For example, in our study fresh grapefruit showed a significant association with melanoma whereas grapefruit juice did not.

However, the consumption level of the food also matters. Although orange juice contains lower levels of furocoumarins, its consumption level is very high in the population—several times higher than other citrus products, thereby explaining its less apparent but still significant association with melanoma risk.

Why, in the first place, did you think citrus might have this association with cutaneous malignant melanoma?

Wu: Both biological and epidemiologic studies have demonstrated the photocarcinogenic properties of psoralens (a group of furocoumarins), naturally occurring chemicals rich in certain plants like citrus products.

If oranges are otherwise healthy foods, do you have advice for people who eat a lot of citrus and spend a lot of time in the sun?

However, people need to be aware that when they are consuming certain fruits and vegetables that contain these photoactive compounds, they need to be more careful with their sun exposure the next few hours in particular and probably the next day or two. It’s just a matter of being careful with how much ultraviolet radiation they are getting post-consumption.

These compounds have a half-life that is up to 48 to 72 hours in your system. You don’t realize it, but you are actually photo reactive. Some people may notice that they burn more easily. By virtue of that photochemical reaction occurring in their cells, they are damaging DNA.

The same guidelines [as usual in the sun] apply: Sunscreen of SPF 30 to 50 with what the FDA calls broad spectrum characteristics, which blocks both UVA and UVB radiation; photoprotective clothing in the right settings, especially midday, and broad-brimmed hats.

Qureshi: We were looking at one population of people. These were health professionals, although that’s an advantage because they are very good at reporting their behavior. Some of these results may not apply to the U.S. population at large. The study needs to be replicated. Of course, we can’t do interventions where we’d subject people to sun plus psoralen intake.

It’s not just citrus consumption where these photoactive compounds are found. They are found in other food substances as well. We’re developing further data sets and trying to better understand which other food types may be associated with a risk of skin cancer.

We are also looking at other types of skin cancer, for example squamous cell carcinoma and basal cell carcinoma. Finally, the work we’re doing at the biologic level is trying to understand which particular types of these compounds are the causative agents in promoting the development of skin cancer. There is a lot more to come. Maybe we can find a way to remove it safely from orange juice.