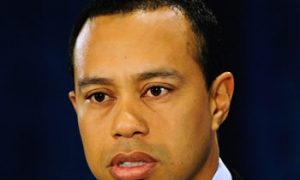 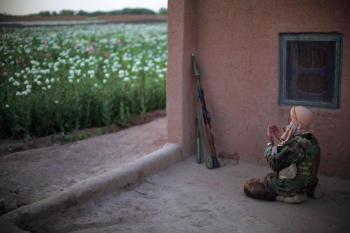 An Afghan National Army soldier prays during a foot patrol with unseen US Marines from India Company, 3rd Battalion, 6th Marines near a poppy field in a stronghold Taliban area of Marjah, Helmand province, southern Afghanistan, on April 5.
World

By Jasper Fakkert
Print
Around half of Afghanistan's poppy crop is thought to have been affected by a fungus.

This could lead to the country's opium production being reduced by a quarter, Antonio Maria Costa, head of the U.N. Office on Drugs and Crime told the BBC. Afghanistan is responsible for the production of 92 percent of the total opium supply in the world. Farmers blamed NATO troops for the outbreak of the disease, causing the opium capsules to wither away.

Costa, however, does not believe that NATO troops were to blame. "I don't see any reasons to believe something of that sort," he said.

"Opium plants have been affected in Afghanistan on a periodic basis," Costa said. While NATO forces previously destroyed many of the poppy fields, in recent years they have left the fields alone not to drive the farmers toward the side of the Taliban.