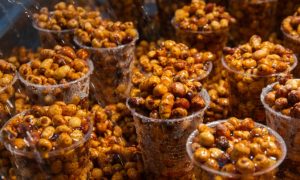 The Alternative for People with Nut Allergies: Tiger Nuts
0 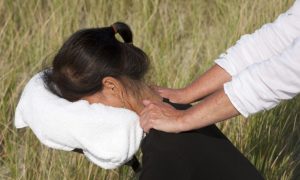 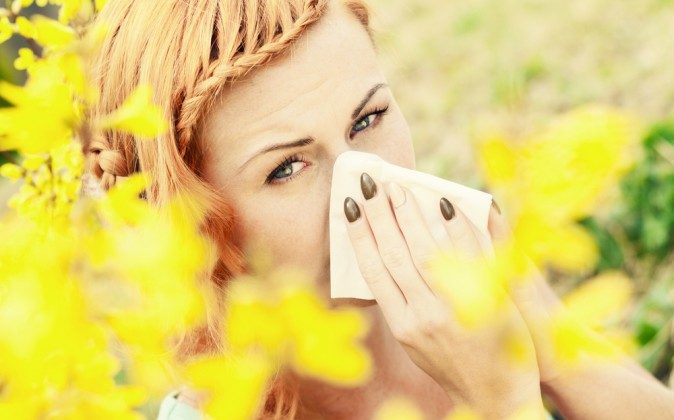 Many people expect they will have seasonal allergies for the rest of their lives and that nothing can be done about this.

If you are now wondering whether acupuncture can cure allergies, the answer is no, acupuncture doesn’t cure anything. What it does do however, is help restore your body back to its natural healthy state. When your body is stronger, it will be less likely to respond to the environment with allergic reactions.

Combined with Chinese herbal medicine, food therapy, and lifestyle changes, acupuncture can, in one of the least invasive ways possible, help you overcome allergies by restoring your health instead of suppressing symptoms.

Chinese medicine associates several patterns with the treatment of seasonal allergies (allergic rhinitis). These patterns all involve the Lung, both the organ and the meridian (energetic pathway), with the root cause being a weak Spleen function. The weak Spleen affects the Lung, resulting in weakened immunity and hyperactivity of our immune system.

In order to appreciate the organs in Chinese medicine and understand how they relate to the condition of seasonal allergies we first need to understand some of their functions in our body.

There are several patterns associated with the treatment of seasonal allergies (allergic rhinitis) in Chinese medicine. These patterns all involve the Lung organ/meridian with the root cause being a weaken Spleen function.

In order to understand seasonal allergies from the perspective of Chinese medicine, we first need to understand how the Lungs(Fei) and Spleen(Pi) function.

If these functions are normal, respiration will be smooth and uninterrupted. However if Fei is weak, breathing will be impaired as well.

Of all the organs in Chinese medicine, the Lungs are most closely associated with Qi. It is the role of the Lungs to disperse Qi and Jin Ye (Body Fluids) throughout our body. The Lungs help disperse Wei Qi or Protective Qi especially through the muscles and skin.

Wei Qi is an particular type of body energy/function related to our immunity.

Abnormal or impaired dispersing movement of the Lungs will lead to insufficient Wei Qi circulation. This allows external evils such as the common cold and allergies to invade.

When the movement of Qi is slow or debilitated this will lead to many problems throughout our body such as deficiency or stagnation of Qi.

Over time, weak Lung Qi will disrupt the flow of Xue(Blood).  This relationship is described by a common idiom in Chinese medicine which says: “Qi moves Xue (Blood) and Xue nourishes Qi.”

The normal direction of movement for the Lungs is downward. The most common symptom related to a disruption in the descending function of the Lungs is coughing.

The Spleen is responsible for the process of digestion and absorption of food. If this process is impaired, a patient will generally show signs of weakness. With a dysfunctional Spleen there will be a greater risk of an accumulation of fluids. This pooling or stagnation of fluids can manifest into what in Chinese medicine is known as the pathogenic factor of Dampness.

Dampness can also occur when the transportation function of the Spleen is impaired. In modern medical terminology, an example of dampness residing within the body is edema or dropsy.

Chronic dampness can congeal and develop into a secondary pathogenic factor of Phlegm.

There is a famous saying in Chinese medicine that states: “Spleen forms Phlegm and the Lungs hold it.” When a patient has chronic seasonal allergies, it may be because of poor Spleen function, and they most likely will have accumulations of Phlegm within the anatomical lungs and sinuses.

When the Spleen function is impaired, it can also result in impure or turbid fluids circulating throughout the body. This can result in what is known as deficient Wei Qi, as the majority of our immunity is rooted on the health of our gut. Patients with chronic allergies have what in modern medicine is known as a hyperactive immune system.

In most cases treatment with acupuncture for seasonal allergies will begin during an acute episode. This is because many patients who receive acupuncture are not aware that Chinese medicine can treat allergies.

It is common for patients to receive their first acupuncture treatments for allergies or common colds during treatment plans for other disorders usually after their practitioner observes their symptoms. Usually it comes as a surprise to the patient when they hear that acupuncture can be helpful in the treatment of allergies.

For acute treatments some of the best points are located around the sinus cavities of the face. This helps clear out as much mucus as possible. Also cupping on the upper back is a favorite treatment by many Chinese medicine doctors and is quite effective.

During remission, many points used can be located on the back on the body and these are vital in strengthening the organ functions. Also traditional Chinese herbal formulations may be prescribed to cull symptoms and strengthen you body.

One of the most important steps a patient can make to prevent seasonal allergies is to become aware that foods they normally eat might be prolonging their misery.

Our diets have a profound effect on the quality of our health. The proper functioning of our body depends on our diet, and while some of us can get away with eating whatever we want, at least for a limited period of time, others will need to constantly watch what they eat.

A typical Chinese medicine treatment plan will include a discussion on what you eat and how this is affecting your condition and health.

When it comes to seasonal allergies following a diet known as a bland diet has been shown as effective in reducing major symptoms. This is because the bland diet helps protect the Spleen function by lightening the load on our digestion. This in turn will help with proper fluid metabolism and naturally limit phlegm production. Especially when we avoid phlegm-producing foods such as oils and dairy products.

There are a few general guidelines for the bland diet. Acidic foods should be avoided as much as possible, which includes additives and preservatives. You should prepare fresh meals as often as possible versus eating processed or fast foods. This will limit the likelihood of unknown variables in your diet.

You should consume as little seasoning as possible, which means minimizing condiments and flavors added to food. It is called bland for a reason. These will slow down your digestion. Instead use fresh or dried herbs like sage, basil, and rosemary.

Avoid hot or exotic spices unless you live in a tropical climate where you naturally would perspire often. If you live in a cold environment consuming a large amount of spicy foods can disrupt your body’s natural metabolism and cause more harm than good.

Last but certainly not least, eliminate alcoholic beverages and energy drinks from your diet. These include soda and drinks with a lot of sugar. Coffee should also be avoided as much as possible but if this turns out to be the “straw that breaks the camels back” for you, at least try to reduce your consumption. If you have trouble giving up coffee, you can try alternatives such as wheat grass, ginseng tea or maca root.

Seasonal allergies are a much bigger problem than many people suspect, and their incidence is increasing every year. The blame falls on modern living.

While pollen from plants and trees is often seen as the cause of allergies, from the Chinese medical perspective, what is really to blame is the body’s lowered immunity to foreign airborne particles. Decreases in immunity are also a factor in the rise of autoimmune diseases.

The most common symptoms of seasonal allergies include watery, itchy eyes and sneezing. In addition, there might be postnasal drip and coughing. Itchy eyes result from irritation of the sclera of our eyes from airborne allergens.

Let Your Acupuncturist Know If You Have Seasonal Allergies

Since seasonal allergies don’t usually interfere with work, and medications are readily available to reduce the aggravation and discomfort, many people have grown used to them and they may even fail to list allergies as one of their conditions when filling out an initial health-intake form.

Thus, acupuncturists often only start to treat seasonal allergies after the initial reasons for the visits have been resolved, when a patient asks, “Oh, by the way, can you do anything about my allergies?”

Miguel Maya is an acupuncturist and practitioner of traditional Chinese medicine with a practice by Union Square in Manhattan. He accepts insurance. Miguel is also the CEO and founder of Plenty of Pros.com, a social network for professionals. www.yinyangusa.com

Photo of woman sneezing from Shutterstock.com