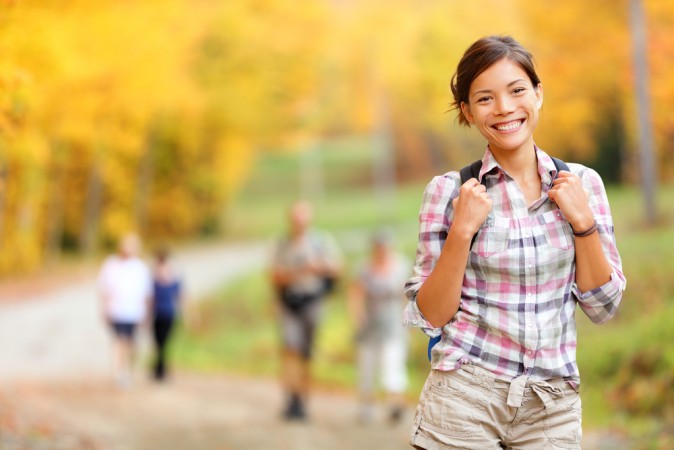 A Walk in the Woods Boosts Immunity

There’s no doubt that a walk in the woods feels good. Whether it’s the California redwoods, the boreal forests of Minnesota, or the pine forests of northern New England, getting out into nature is beautiful and feeds your soul.

Now researchers from Japan are telling us that a walk in the woods is good for your body, too–and not because you’re exercising. Researchers in Japan have conducted a couple of studies that document positive physiological changes among groups of men who were exposed to time in the woods.

In one study, subjects who walked in the woods had lower cortisol (a stress hormone), decreased blood pressure, and other positive changes than those subjects who took a stroll through city streets. A second study documented immunity boosting benefits in the form of increased natural killer cells and anti-cancer proteins among men on days they walked in the woods compared to weekend days when they did not.

Another interesting point is that in this literature, the researchers use the term “forest bathing” to describe walking in wooded areas. It’s described as “making contact and taking in the atmosphere of the forest,” and the term has been around for about 30 years. Personally, I like the idea of taking a bath, not in the forest, but of the forest.

We also know from Chinese medicine that your environment plays a pivotal role in your health. For example, if you live in an apartment that’s below street level, when you become out of balance, you’re likely to have cold and damp conditions, such as achy joints. People who spend a lot of time outdoors on really hot and humid days often get that blah feeling of exhaustion called summerheat.

In addition, according to the Chinese, paying to attention to seasonal changes is health promoting. For example, in the fall, you want to eat foods from the earth that are seasonal and have just been harvested, such as squash, carrots and sweet potatoes. In the spring, celebrate the expanding energy of the season by being active outdoors and eating lots of young leafy greens.

Whether through Chinese medicine or Japanese research, what we know is that being in touch with the natural world is good for you. In fact, it’s one of my simple steps for better health. Natural spaces are beautiful, and getting out in them improves your well-being on many levels.

Now I’m heading to the woods for some forest bathing!

This article was originally published on AcupunctureTwinCities.