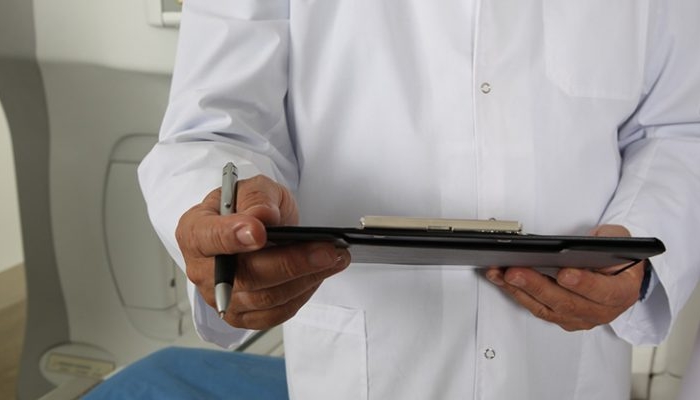 A Look at Why Doctors Have High Suicide Rates

And what's being done to prevent it
By Holly Kellum

New York University medical student Andrea Liu, 26, was found hanging in her dorm room in May with a suicide note near her body, just a few weeks before she was set to graduate. Five days later, another NYU student studying psychiatry was found dead, also reportedly from suicide.

Different studies give different numbers on the rates at which doctors and medical students commit suicide, but most suggest that they have a higher rate than other professions.

Dr. Deepika Tanwar of the Harlem Hospital Center in New York looked at studies in peer-reviewed journals on physician suicides over the past 10 years. According to her findings, medical doctors take their lives at a rate of 28 to 40 per 100,000 a year, or about 300 to 400 doctors a year, she said at the 2018 American Psychiatric Association meeting (she hasn’t yet published her findings). That’s higher than the suicide rate for the average population, which is 13.4 per 100,000, according to National Institutes of Health. And it’s also higher than for veterans, who take their lives at a rate of 29.7 per 100,000, according to the VA’s Office of Mental Health and Suicide Prevention.

That started her on a quest to find out why the people whose job it was to keep people alive and healthy were choosing to end their own lives at such a high rate.

On her blog, she lists more than 15 causes that, in her investigation of almost 1,000 suicides, she believes contribute to the problem. Factors include medical malpractice lawsuits, crushing debt from medical school, loss of a patient, and institutional barriers to getting mental-health treatment, she says. But Wible says the most detrimental stressor to a physician’s mental health may be the unrealistic work hours and lack of sleep that medical professionals endure.

“These people are being slammed to the wall with no time to sleep, no time to eat, and no time to see their own kids,” she said. “I think people need to understand that this is really cruel to these people and their families.”

Her phone has become a de facto crisis line for the medical community, and she’s started organizing retreats for medical professionals struggling with suicidal ideation.

According to a 2015 study by the Mayo Clinic, more than half of U.S. physicians report work-related burnout. And studies show that the less sleep people get, the more likely they are to make errors.

“Severe fatigue exerts a similar influence on the brain to drinking too much,” said Dr. Itzhak Fried of University of California–Los Angeles, who led a study on sleep deprivation. “Yet no legal or medical standards exist for identifying overtired drivers on the road the same way we target drunk drivers.”

In 2016, researchers at Johns Hopkins University School of Medicine estimated that some 250,000 die each year because of medical error, making it the No. 3 cause of death in the United States (after heart disease and cancer).

“I have made numerous medication errors from being overtired,” one doctor told Wible in confidence. “I also more recently misread an EKG because I was so tired I literally couldn’t see straight. She actually had a subarachnoid hemorrhage and by misreading the EKG, I spent too much time on her heart and didn’t whisk her back to CT when she came in code blue. She died.”

Wible is featured in a soon-to-be released documentary on doctor suicides called “Do No Harm.” One of the protagonists in the film is a medical student who knew from childhood that he wanted to practice medicine. He had never had depression before medical school, but at some point in his training, he began having suicidal thoughts and cutting himself. His marriage fell apart, and he eventually dropped out of his residency program.

“It really is almost like tunnel vision. You really get locked in, and all that is really going through my mind at least was ‘these thoughts are so overwhelming,'” he said in the film. “The only way that I was logically thinking at that time was I had to end it all. That’s the only way to get rid of those thoughts.”

In 2003, the Accreditation Council for Graduate Medical Education (ACGME) limited the number of hours that residents could work to 80 hours a week (double the average American work week), with a maximum shift length of 16 hours. But starting in the 2017-2018 academic year, ACGME changed it to 24 hours for first-year residents, with a possible extension of up to 28 hours for necessary care transitions.

There have been efforts to change the way medicine is practiced and taught in the United States. With the advent of electronic health records, some institutions have started hiring scribes to save doctors the time of entering in patient data. Some are implementing team-based care, which could help prevent burnout. According to a Mayo Clinic study, something as simple as a little coffee talk among physicians can help with the feelings of being isolated and overwhelmed that doctors can develop.

Wible is active in helping doctors set up their own clinics. She says the environment in a private practice can me much less stressful, and the schedules more manageable than working in a hospital. “I think a lot of doctors who can be self-employed, if they’re using the right business model, can be really happy,” she said.

She understands that not all medical professionals have that option, however.

If there were one change she would make to the system, she says it would be changing doctors’ schedules so that they can lead normal lives.

“I think what we can all agree upon is that these people should not be working 100 hours a week in 28-hour shifts,” she said.